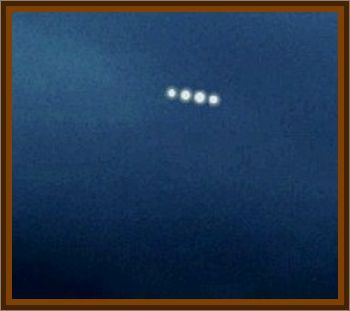 As strange as it may be, sometimes I feel that there was a time lapse, or lost time.

A nucler power plant was being built on a artifical island in the Delaware River, and was not nearly completed. We were in a parking lot At Augustine Beach in Port Penn,DE.

Yes it was in the hippy era, but no one was high or taking acid.

We were parked, backed up to the river, so we were looking towards land, not at the power plant or river.

My brother noticed a shiny blue silver light on the horizon. Then the driver noticed. I was the last to see it, cause it would light up, but be dim. by the time it stopped.

We watched for what seemed like 5 minutes, but much later i remembered the sun was just setting when we got there. We watched this shiny light brighten, then zip, it was dim again, but visable.

It did loops, and fast stange manuvers, like nothing we have to this day.

The reality of lost time came to me years later. We flashed our high beams jokinglly at the object. The last time the object lite up, it seemed to grow in size, and zipped twoards us, kinda, but went upwards, yes...upwards all the way up, so fast that it left a trial of light, straight into the center of the night sky.

It was a very clear night.

I will never forget that trail of light into the stars, that quickly dimmed out. Yes i said stars, but remember,the sun was just going down, then its suddenly night time, with all the stars out?