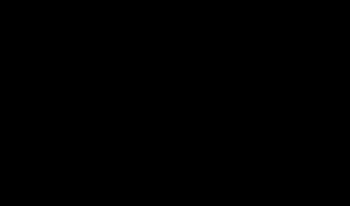 My cousin and I were driving to Newport, RI around 1967 or 1968, and she first saw it to the right hovering over the water. She was driving, I was a passenger in the car.

She said to me: What is that?

She was looking to the right as we were driving.

I turned to the right and looked out the car window. There was an opening in between some trees and we could see the water. Above the water was a bright, luminous saucer shaped object which was tilted. It was just hovering over the water.

I stared at it and couldn't figure out what it was. It was so bright at first, I said what is that, is that the moon? Then I thought, that can't be the moon it is too close to the water. I told her to slow down, she did. We stared at it, it moved sideways toward us and then it was above the water but close enough so that I could look up at it, but it was still to the right.

It was a bright, luminous object shaped like a disk, it was tilted and I specifically noticed that it had a ring around it like the planet Saturn.

It just hovered in the air and as we were driving some trees got in the way and I said to her: Where did it go?

It was gone and in an instant it was across the horizon.

It was definately a UFO, two of us saw it and I called the Hillsgrove/Greene Airport in Warwick, RI and reported it to the towers the next day. I did not know who to report it to, so I called them. It was nothing of this world, it was luminous and shaped like a disk, tilted with that ring around it like the Saturn, and it just hovered over the water and moved sideways and took off in an instant and was on the other side of the horizon but low above the water.