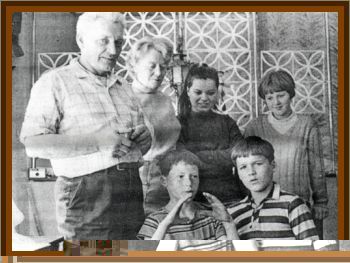 Porter Creek residents were startled Saturday night with the appearance of a UFO flying in front of Haeckle Hill and appearing to descend into the valley below. Mrs. Patricia English first spotted the object at the home of Mr. Jerry Bubiak. She called to Mr. Bubiak and the four children to look at that. The object was visible for 3 or 4 minutes before it disappeared. It was oblong in shape and seemed to be glowing orange, said Mrs. English. Also visible was a bubble like affair on the top with visible partitions and 3 or 4 leg like protrusions on the bottom reports Mr. Bubiak and Tony English.

The object was also seen by Mrs. Mary MacDonald Director of the Ridgeview Home in Porter Creek. She and one of the youngsters living at the Home watched the object for several seconds. Mrs. MacDonald called the RCMP and reported that it looked like a burning helicopter, however a check at the Airport Control Tower revealed that no aircraft were out after 10:02 p.m., The sighting was at 10:45 p.m. A weather balloon was sent up at approximately 9:15 p.m. but weather officials report that it was visible for only 10 minutes and that winds were from the north which would put the balloon somewhere in the vicinity of McCrae at the time of the sighting. A hoax? There are at least eight people in the Whitehorse area who are convinced they saw something. No one can tell me that it was just burning gas, emphatically states Mr. Bubiak.