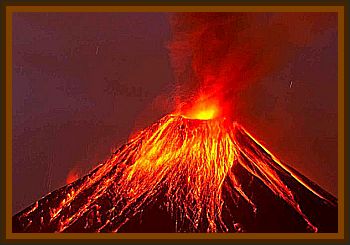 In 1993 Dr. Steven Greer, director of the Center for the Study of Extraterrestrial Intelligence, CSETI, led a Rapid Mobilization Investigative Team, RMIT, to Mexico to study the ongoing wave of UFO sightings there.

CSETI is a scientific research organization dedicated to the better understanding of Extraterrestrial Intelligences, ETI, and their civilizations. CSETI believes that the extraterrestrial hypothesis is not just a theory, but is a fact of life.

CSETI is attempting to perform real time research of UFOs and ETs by employing specific techniques and prearranged methods of attraction, or as CSETI’s director Dr. Steven Greer calls it vectoring in an ET’s spacecraft to a carefully chosen research site.

At these sites, investigators attempt to peacefully interact with an extraterrestrial spacecraft and its occupants by using a variety of techniques. This process includes using powerful lights, meditation and playing tape recorded sounds obtained during sightings of ET craft.

CSETI members use these techniques in locations where there have been waves of UFO sightings. So far, the results have been quite impressive.

Dr. Greer started this international organization after having a transformational encounter of his own. Dr. Greer calls these human initiated contacts with the ETI, Close Encounters of the Fifth Kind, CE-5, and has successfully facilitated such interactions on numerous occasions not only in the U.S. and Europe, but also in Mexico.

I was selected to join the Mexican investigation, because I speak Spanish and more importantly, because I have been leading a group of Los Angeles based CSETI researchers since August of 1993. As coordinator for the L.A. group, I have been practicing my hiking skills by regularly leading our team into remote locations in the Southern California area to make contact with ETI.

These skills came in very handy during our investigation in Mexico. Upon arriving in Mexico City, we immediately drove to the base of an active volcano and set up camp. The team consisted of 5 members. For security reasons, the exact location of our research sites cannot be given at this time.

In 1992, during an investigation that was being conducted in England, hordes of tabloid journalists and uninvited UFO enthusiasts invaded the private farm where Dr. Greer was leading a team effort. Some of these unruly intruders had to be forcible removed and several arrests were made. Because the Mexico UFO sightings are very active, and an important part of CSETI’s ongoing research, the term volcanic zone will be used for our research location.

The first night after driving up the mountain road on the slope of a volcano, we set up our camera equipment, radar detector, radar detectors pick up microwaves and can serve as inexpensive UFO alarms, and sleeping bags in a clearing on a hillside surrounded by pine trees.

They were amber colored glowing globe shaped objects which behaved as though they were intelligently controlled. When Dr. Greer aimed his half a million candlepower light to signal the object, it appeared to signal back.

The sighting of a globe shaped UFO had been described to local investigators several weeks prior to our visit. We later obtained a copy of a home video which showed just such an object taken at twilight from a local restaurant during a wedding party. During our first night on the volcano, the temperature dropped into the low 30s and Dr. Greer was suddenly hit by a powerful amber colored beam of light that appeared to come from the sky although we could see no identifiable source. We were very surprised by this flash of light and no ill effects were felt.

The next day, we traveled to a new location where according to local authorities, sighting of UFOs during both day and night are a common occurrence. They told us that 80% of the population has seen a UFO and that many of these sightings are close enough to see the details of the UFO’s structure.

We found a research site in a field that was in full view of an 18,000' high volcano named Popocatepetl.

The first night we saw a large number of nocturnal lights that moved silently back and forth between the nearby volcano’s in an almost shuttle like activity. Although we signaled at them numerous times, we were unable to attract any to our research site.

However the next night we were successful beyond my wildest dreams. Around 11:45 p.m. Dr. Greer directed our attention to a light that was moving obliquely near our position. We excitedly began signaling it with our lights, and it changed direction directly towards us. As it approached, we could see that it was triangular shaped with a white light at each corner and a red beacon in the center. It was totally silent, highly maneuverable and came towards us in a wide arc.

Flying close behind the craft was another smaller craft which seemed to be escorting the larger ship that was a least 300' across. The actual span of that beautiful, dark and silent craft may have actually been closer to 2 or possibly 3 football fields in size.

The craft descended to less than 500' and turned on an incredibly powerful bank of forward mounted lights. It slowed down considerably while continuing to respond to Dr. Greer’s light signals. As we each rushed to our camera equipment, things started to go wrong. The craft stopped its descent and its flight behavior changed dramatically.

Up until then, the UFO had appeared to be simulating the flight pattern of a conventional aircraft intending to land. Instead it slowly started to turn in a wide arc, which allowed us to clearly see its underside. Even though it aborted its false landing, the craft continued to answer our light signals.

As all this was happening, we suddenly realized that all our cameras, video, 35mm. automatic SLR, and even a cheap 110 spring activated camera were not operational. The video was clearly on but nothing was being recorded and we even checked to see if the lens cap was off. Our $700 35 mm camera was also on, yet it would not function and the Brownie type camera would not even click when the button was pushed. It appeared as if someone or something did not want us to document this encounter with any type of photographs. We checked out all the equipment later, and it worked normally for the reminder of our trip.

Although this event was the highlight of our journey, other strange and fascinating events also occurred. The next night a light rain left us in our vehicles, and we had to keep watch of the skies through our windshields. After a while, we were able to shine our lights into the sky again. As we were signaling any possible activity nearby, we noticed a flashlight at the end of the field that was directed up into the sky, mocking the movement of our lights. There was the sound of an explosion coming from a shotgun blast across the field, and we noticed the shadowy figure of a man moving rapidly towards us.

Without a moment’s hesitation, Dr. Greer gave the order to evacuate. With our headlights turned off,we drove at high speed along the bumpy dirt road to the paved highway that led back to town.

We all felt that was a close call and that our efforts at interplanetary diplomacy could have been ended by an angry Mexican farmer. That frightening experience caused us to move to a new site a short distance away where the locals regularly observe UFO activity.

Much to our amazement, at about the same time of night as the other sighting, a triangular shaped craft appeared over the ridge on the horizon. As Dr. Greer started to reach for his light to signal the craft, it rapidly pulsed 2 flashes of light at us and then quickly turned to the north and descended behind a small hill and was out of view. It seemed be more than a coincidence. It was as if it were looking for us.

The next day we visited the local restaurant where the globe like strobing UFO had been videotaped. The manager told us about a haunting experience that 2 children had undergone several months before.

While walking on the slopes of the volcano with their farm animals, they encountered a small gray white being without ears or a mouth. He had large dark eyes, and he appeared to be able to communicate without speaking. The children were told by this being that the nearby volcano was going to erupt, and that they should not be afraid. The strange being told them that he and his friends would keep them from harm.

What followed was even more enigmatic. The gray being said that there was going to be a war and that it would start in New York. According to the manager who knew the children, they did not know where or even what New York was. They were poor, had no television and knew little of current events. They reportedly had to be told what New York was, because they had never heard the word before.

This account held much interest for the local villagers since the volcano, Popocatepetl, has now become active.

From the base of our research site, we observed white smoke continuously pouring out of its summit. The government is aware of the situation and has issued warnings to the local population to formulate evacuation plans.

In the parking lot of the restaurant, just prior to our interview with the manager, Dr. Taylor, Jeff Baker and I saw a metallic disk with no wings or identifiable markings flying towards the volcano into a cloud bank. The sighting lasted less than 10 seconds, and I got the distinct impression that it had rectangular portholes. The craft appeared to be a small, perhaps 20' to 30' across and was less than a mile away when it entered the clouds at a steep angle, but it did not appear to emerge from the other side.

This sighting seemed to be the beginning of a rash of sightings that followed the next day, February 4, 1993. It was our last day in Mexico and Dr. Greer was driving the lead car when he spotted 2 more similar looking disks. Dr. Greer and Shari Adamiak even spotted one hovering near the end of the runway as we were departing.

Prior to leaving, we had a heart warming meeting with 3 Mexican researchers who shared their close encounters with us. We pledged international cooperation in our efforts as citizens for open diplomacy with ETI. They promised to help us on any future trips to Mexico and they even expressed interest in sponsoring a workshop to teach CSETI’s contact protocols.

This exciting and memorable experience has confirmed for me the validity of our approach and I believe that we can better understand ETI by willfully initiating open contact. Our organization is young and our results are still in their preliminary stages, but the prospects are quite promising. Prior to traveling to Mexico, I thought CSETI’s stated goal of a peaceful, mutually beneficial relationship with ETI, while being visionary and very positive, could only be achieved far off in the distant future.

I now feel that this may not be the case and that the goal of having a fully conscious on board face to face meeting may occur sooner than I thought possible. Our persistent request to document these encounters with video and other photographic technology may not initially have been honored, nevertheless, with a relationship that appears to be growing in trust and cooperation, even this troublesome technical difficulty may soon be resolved.

Dr. Joseph Burkes is a medical internist who works in Southern California. He is Working Group Coordinator in that region for CSETI’s CE-5 Initiative and he serves on CSETI’s Executive Council.