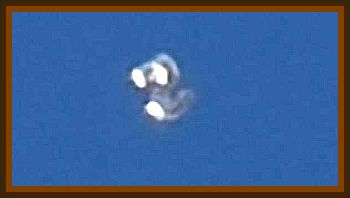 An Air Force pilot was following the flight of a jet when an object, oblate and spheroid in shape, crossed the line of flight of the jet and continued its movement in a northwest direction.

Total length of observation, 10 or 12 seconds. Object appeared to be constructed of aluminum or like substance, speed & altitude unknown, trail none. Object followed a perfectly straight line of flight.

Pilot suggested that the object sighted was the same or one of the same objects sighted and reported by commercial airlines pilot of the Miami Air Lines.