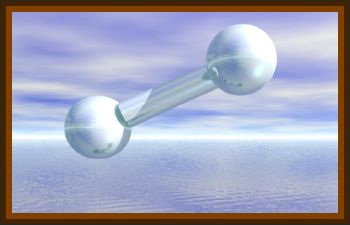 I have had a close encounter with an alien spaceship.

This occurred on a partially sunny afternoon in Ponce, Puerto Rico, at approximately 3:00 p.m. or 4:00 p.m. in what could have been January or February 1974.

The spaceship was shaped like 2 spheres attached by a cylinder curiously resembling dumbbells. The spaceship was not shinny nor did it have any blinking lights or humming noises, it was opaque white in a color resembling the color of white clouds. The spaceship moved silently, and very slow, almost hovering in what appeared to be almost a reconnaissance flight.

It moved from a southerly position to the North. I observed the spaceship until it camouflaged itself behind some clouds and I never saw it or have seen it again.