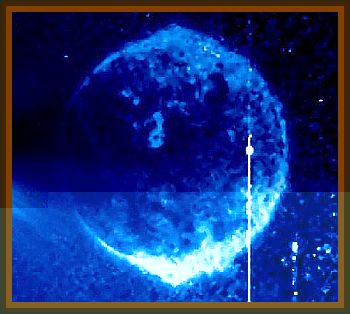 First there was a circular one in the sky at a distance and as orange, moving in the west from north to south.

We had several people, but when I was about 8 or 10 years old, after a while I saw another one crossing the street, of round shape and blue.

I thought it was something meteorological of the time, but when I thought it was not something of the human being, I took a movement that confirmed it, and I could not grasp it. It was as if they had grasped my intentions for thought. it went faster.

It did not produce noise. Now I understand that they move using the magnetic force of the planets and a theory of how they can make abrupt changes of direction at great speeds.