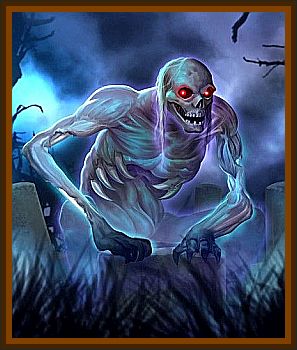 Isidoro Ferri, a doorman at the Villa la Radicchia, in Polcanto, close to Florence, Italy, was normally sleeping with his son and other relatives in his bedroom when he was awakened by a strong light on his face.

Initially, he did not understand the origin of the light, then, in a few moments, he saw that it came from an individual of humanoid appearance at a distance of approximately 120', apparently on a nearby hill, who had some sort of powerful flashlight or beacon on the head.

It is not specified whether Ferri was still in bed in the house, outside, or at the window at that time.

Ferri first thought it was a poacher, but suddenly he changed his mind, as the figure disappeared in a fog or in a blur, or gave place, to a dark horizontal line, under which 3 flames went down towards the ground.

Other summaries indicate it was some sort of luminous cupola looking like fire, which searched the area with beams of light, replaced suddenly after a few minutes, and an enormous blinding white light that started to approach, illuminating the entire area as in full daylight.

Some sources say the witness tried to approach the window, but he remained paralyzed before he arrived there, until the light seemed sucked back. One source indicates he was paralyzed by fear.

A red sphere then appeared, which had an intermittent light that hurt the witness’ eyes, and he had red and irritated eyes for several days. This glowing red sphere is said to have disappeared behind the hills in the direction of Vaglia.

The dog, who slept outside, had not barked. He showed an abnormal behavior by refusing any food for several days and by staying inside its doghouse during the two next weeks, without barking at passers by.

In the surroundings, 3 circular holes of 4" in diameter and ½" depth forming an irregular triangle of 6' of side approximately, were discovered, where the grass seemed to have undergone a pressure, but no radioactivity was detected.

An investigation report into this case was written by Pier Luigi Sani. A newspaper recalls that the witness appeared in one TV interview with the Ministry of Defense, and policemen and other people insisted his testimony was in good faith; some source say that other people saw a red light in the sky that night.