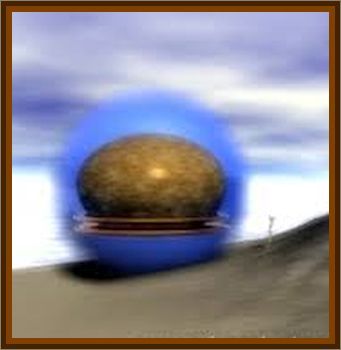 Richard Kehoe claimed that while driving along Vista del Mar at Playa del Rey in California at 5:40 a.m. his engine stopped as did the engines of two other cars. When the drivers, Ronald Burke, of Redondo Beach & Joe Thomas of Torrance & Kehoe, got out to see what was wrong they saw an egg-shaped spaceship wrapped in a blue haze on the beach. Kehoe claimed two little men, about 5' 5" tall, got out of the object and asked questions of him and the other 2,

Where we were going? Who we were? What time it was? et cetera.

He said their skin appeared to be yellowish-green in the early morning light, but that otherwise they looked normal, they were wearing black leather pants, white belts, and light-colored jerseys. They sounded as though they were speaking English but he couldn't understand them, and said simply that he had to go to work. The men got back into their ship and disappeared into the sky, whereupon his car started up immediately. Kehoe claimed Thomas called the police. The ship was oval, tan or cream in color, with two metal rings around it upon which the object apparently rested, according to Kehoe.

USAF personnel spotted six saucer shaped flying objects at an altitude of about 7000' feet at the base of a cloud bank about 3:50 p.m., according to the Los Angeles Times November 6, 1957.

Much of this story is recorded in, Encounters with UFO Occupants, by Jim and Coral Lorenzen, 1976. The book is now out of print, but claims the incident was covered up by the U.S. Government.