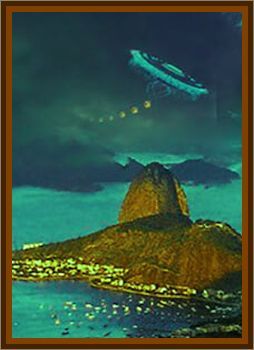 He heard a buzzing noise which increased in pitch until his car's engine went dead. He looked out of his window and saw what he described as a plattina tleqq, a glowing plate like object.

This appeared to be descending directly onto his car.

He panicked and tried to get out but the door seemed to be jammed. He could do nothing except brace himself for the impact. When nothing happened, he looked out again and saw the object hovering at 60' above his car.

The noise it had emitted became a hum. It hovered over him for 10 minutes during which time he didn't move from his seat. Without warning, it rose at an incredible speed until disappearing in the distance.

The car started normally, and frightened out of his wits, Mr. Doe drove like mad to Ghar Lapsi where he had to meet a friend.

On the way he stopped for a drink, a double whisky, and recounted his story to the barman. The barman, who is personally known to the researcher, confirmed that Mr. Doe looked as if he had seen a ghost. Mr. Doe was illiterate so his story could not have been faked after having read a UFO book.