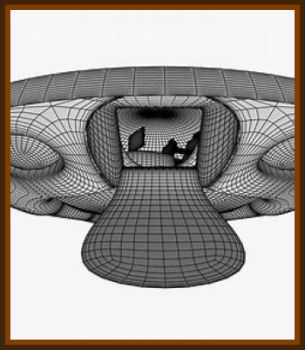 Among those cases declared Unidentified by the Air Force which are reported to involve alleged occupants is a sighting by William Squyres who, at the time, was a musician and staff member of Radio Station KOAM, in Pittsburg, Kansas.

Certain features are strikingly similar to Mrs. Suzanne E. Knight’s sighting in Maryland, at about the same time. The witness’ report follows:

About 5:30 a.m., while Squyres was driving to work from his home in Frontenac, Kansas, he saw a low hovering object with clearly defined windows in a heavily wooded area about 7 miles northeast of Pittsburg.

My hair rose straight up on the back of my head, he said when reporting the incident later. He described the object as resembling 2 turtle shells, or 2 oval meat platters, placed edge to edge. Along the rim where both halves joined he noticed a series of small propellers 6" to 12" in diameter projecting outward at close intervals all the way around the object. These propellers were revolving at high speed.

Squyres said the object was about 75' long, 45' wide and 25' high, and was rocking slightly back and forth as it hovered over a field near the highway. The body was of a dull aluminum color and across the top and extending down to the rim of the object were several rectangular windows, through which Squyres could see a bluish light fluctuating from dark to light.

He observed considerable activity behind these windows but it was obscured, like a window shade pulled down. I could see figures behind it. Forward of these windows was another rectangular window which was clear and through it the witness could plainly see the head and shoulders of a single man, sitting motionless, and facing the forward edge of the object.

I definitely saw a human being through the window, Squyres asserted. He turned off the motor of his car and got out. He could hear a steady throbbing sound and as he approached on foot to within 100', the object suddenly rose straight up into the air and out of sight, making a sound like a covey of a hundred quail taking off. The vegetation beneath the object was blown about as the object rose up.

Squyres was convinced that the object was piloted by humans, and not some men from Mars.

Squyres returned to the scene later with officials from the radio station, who verified the fact that the vegetation appeared disturbed, like the backwash of where the thing took off.

A later investigation by Air Force officials confirmed these findings, and the reliability of the witness was termed good in the official report.