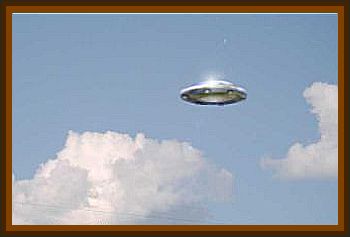 This story was related to me by my first cousins once removed at my great-aunt's, their mother's funeral. It occurred during their childhood in rural Neshoba County, Mississippi. Both are Air Force veterans and solid citizens. I have absolutely no reason to doubt their word.

According to the observers, who are twin boys, they were about seven or eight years old, and out of school for the summer. The rural mail carrier delivered the mail to their home somewhat near the end of his route, and usually arrived after 3:00 p.m. Their home was located approximately 100 yards up a gravel driveway from the main roadway, also a gravel road at the time. The twins heard the mailman approach the mailbox, stop, and then accelerate off to the next home down the road. They asked their mother if they could go down to the mailbox and get the mail. She allowed them to go.

They walked the 100 yards or so down to the mailbox, retrieved the mail and headed back towards the house. When they were approximately half way up the drive, 50 yards from their home, my great-aunt began yelling for them to run, run! in an urgent tone. They ran towards her. When they arrived at the front porch of their home, my great-aunt pointed towards the woodline on the other side of a field approximately 400 to 500 yards from their home.

Silently hovering over the woodline was a very large silvery disk, perhaps 100' to 200' or larger in circumference. They observed the disk hover for approximately another four or five minutes. It then took off at a very high rate of speed, accelerating as it gained in altitude. It was out of sight in only a few seconds, and was entirely silent.

My cousins told me that they were in awe of the object but, being children, they quickly resumed playing and had only the vaguest memory of both the object and the event for many years. While reminiscing at a Thanksgiving dinner many years later, in the mid-1990s, my great-aunt questioned them both to see if they remembered the event. They both recalled the event and had virtually identical recollections.

An older brother who was a test engineer at the Nevada Test Site until his retirement also recalled that the story was related to him shortly after it happened in the early 1950s.

I am not aware of any other witnesses, nor am I aware of any graphic images such as photos, movies, etc., that exist of the incident.