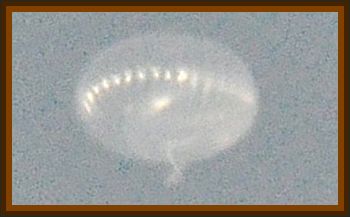 I noticed a light moving very slowly at the far end of a flat farm field while parked facing east on a dirt road at a rural intersection waiting for a friend to meet me. It was so low that I assumed it was a farm tractor working until it got closer and there was no sound, quiet late dusk with car windows open, wind calm, warm.

As it neared at perhaps 5-6 miles per hour, the light was no longer showing on the huge dark oval and it still appeared to be just above ground level, and I realized crickets and other night sounds stopped.

The object drifted to a stop near a large old tree about 400' to 500' east of me along the road. Relating size to the old tree which was perhaps 40' tall, the object was easily 3 times taller and at least 10 to 12 times further across than high, a smooth oval with a flat bottom, too dark to find any detail at all. But no dome on top It just hovered for a couple of minutes.

I heard a car coming before headlights appeared over a small rise in the interesection road. The object began to move in its original direction, south, but rising and the dark became a white light again as it silently accelerated, and the night sounds resumed as it banked to a southeasterly heading.

The light got smaller and smaller and disappeared into the distance in less than a minute but still climbing at an estimated 30° angle.

The approaching car was my buddy, and his observations of the part he saw matched mine. We discussed it excitedly as we drove in one car to a nearby town, and we did tell our dates a very abbreviated version. They didn't react much, probably because we were so matter of fact about it, and we never mentioned it to anyone else.

I don't remember even thinking of it for quite a few years.

I lost touch with him a few years later, but the incident has been on my mind a lot in recent months. The memories are still vivid and wonderful...but I'd really like 2 questions answered...

1. Why haven't I ever heard of an even remotely similar experience?

2. How on earth could I have dismissed it so matter of factly as I was, and still am, an avid UFO fan?

The craft shape was unlike any photos and drawings I've seen, the uninterrupted arc, no dome or anything, and the total lack of anything dramatic happening.

Didn't land, but was less than 3' above ground until it departed. The immensity of the thing.

Apparently it was unaware of my presence but left when the approaching headlights were approaching.

PLEASE NOTE: This was nearly 50 years ago, so the dating shown may be very inaccurate.