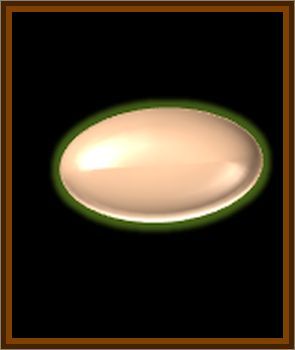 It was the summer of 1958, almost fifty years ago now, I was working for a few weeks in Penticton, BC. My work was completed there and my next job was to be in Kelowna, I was 24 and underpaid and little money, but happy as could be as a carefree 24 year old might be.

There was no good road at that time between Penticton & Kelowna, and the practice was to load one's car on to the chain ferry and get from Penticton to Kelowna that way. Due to my work load, I was late arriving for the ferry, and I missed the last one, which I think was about 11:30 p.m. and the next would not be until 6:00 a.m.

I was the only car as I watched the just missed ferry clank away in to the distance.

Due to my slender financial resources, I decided to sleep in the car which was now parked on the edge of the platform that passed for a dock, at least I would be first on in the morning.

I hunkered down behind the steering wheel, I could doze there, and besides it was wonderful summer night and I could see for miles making out the dim edges of the lake quite well. I was not ready for sleep but eventually did start to doze.

About 2:00 a.m., by the car clock, I was awakened, and I really don't know what by, but as I gazed across the lake, a brightly lit object, as silent as could be swept over the water from left to right as I was staring through the windshield, it was unerringly level and straight and noiseless, not even a swish out of it, no displacement of air did I hear and I had the driver's side window open. I lost sight of the object as it swept further away, it just went out of sight, I presumed it was the sheer distance covered at what I guessed was about 500 MPH.

The only way I can describe the object was that it seemed yellowish and egg shaped and it flew horizontally, the the oval of it was horizontal. I could give a more accurate description of the color for those who might be familiar with the Kelvin scale light temperature, as I'm a photographer and it's a given that northern daylight is estimated to be on average about 6,000 Kelvin, a household bulb, the filament kind, would be about 3,200...a very warm and orange/yellow in color, although the human eye adjusts and we don't notice but think how yellow house windows that are lit at night look when you drive by them. So using the Kelvin scale, this illuminated oval UFO was about 4,000 Kelvin.

The entire happening could not have lasted more than a few seconds, but it's engraved in my mind for ever, it was not a plane, it was not shooting star, or a someone firing a Halloween type rocket and I'm just left with that vision in my memory, not much really to tell once you take out the description preamble.

To sum up, this object was fast, how fast? I'm sure we have jet planes that could go that fast, as I saw it, so I'd say only about 500 MPH. I realize we had jets that had already broken the sound barrier at time which I think is around 600 MPH, but this was not any kind of an airplane, or helicopter, and it was silent, as silent as though it wasn't even there, but it really was.

I've read since, that there seems to a type of UFO that is often seen over a large body of water, you would know better than I. What I saw was relatively low, perhaps only as high as a four story building and as far away from me as the length of a hockey rink or so, but it was silent, not even the air displacement made a noise, nor made the water ripple more than it was.

As an aside, I worked on construction in the UK and there was feverish activity going on extending the runways so that jets coming in could use them as they needed much longer runways than the prop planes, The Korean war was on and I don't know if the UK was some kind of a stop off or diversion or what, put the then new Sabre Jet fighters were pouring in at full deafening decibel from across the Atlantic, yes I know that Korea is not in the Atlantic, and I was not privy to why these new fighters were being flown over the Atlantic to land on the fumes in their fuel tanks after that long journey at Speke Aerodrome, Liverpool at the mouth of the Mersey and on the Irish sea.

If a plane was coming in to land, we had to get all our construction equipment out of the way, and sometimes we were not fast enough for these weary jet pilots, and breaking all aviation rules they'd buzz us if they couldn't use the runway, come screaming in over us at roof top level at what were told was about 500 mph and it sure felt and sounded like it.

Back to the incident over the Kelowna Lake, I'd say that was the same speed the object was traveling at 500 mph but without the noise completely, so it just disappeared across my vision and disappeared in the distance so very quickly to my right, and flying straight all the time.