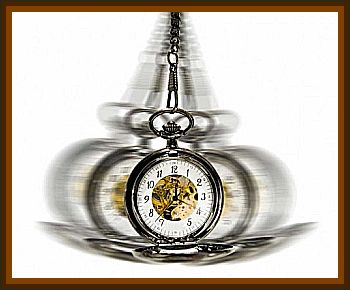 On Guy Fawkes Night 1994 a teenage couple from Rochdale, England drove their vehicle to the Pennine Hills.

John and his girlfriend Michelle, pseudonyms, were hoping to see a whole host of fireworks from here. As it happened, it would be an evening that neither will likely forget.

An investigation of the following incident would take place by members of a UFO contact and sightings group from Rochdale. They would manage to interview the witnesses and members of the family within a week of the encounter taking place.

This allowed them to not only witness the demeanor and obvious distress of the pair for themselves but also to examine the scene of the event.

This an account that is likely to remain unexplained for the foreseeable future. There is, however, still plenty of detail to look at. And quite possibly, speculative explanations, that go far beyond a mere UFO sighting or alien visitation.

At a little after 9:00 p.m., with a clear reception to a private radio station from nearby Yorkshire, John & Michelle looked out on the sprawling Pennine Hills from the privacy of their car. Every now and then, a small barrage of fireworks would sound and cast their colorful glows over the area. Other than that, the two teenagers were the only people in sight.

However, shortly after arrival, the couple began to hear what sounded like the ticking of the clock in the vehicle’s dashboard getting louder and louder with each tick. So loud, in fact, that the radio was drowned out almost.

Then, John realized that the driver’s door appeared to be getting hotter. So hot he couldn’t place his hand on it. As he glanced towards the door, he caught sight of brilliant flashes of light in the wing mirror.

He turned fully in his seat. As he looked out of the back window a large luminous cloud with lightning like flashes inside it was heading directly towards them. A strange resonating tone was also audible to each of them.

Both scared and on the verge of panic, John started the car’s engine and swung it around in an attempt to leave. However, in doing so they were now facing the oncoming glow. The entire area in front of them, as well as the whole interior of the vehicle, was awash in the white light. John pressed the button to close the side windows, but they failed to respond. It was then he realized his foot was pressing on the accelerator with the tachometer at full, yet the car was moving as if stuck in thick mud, if at all.

As John continued to floor the accelerator pedal, Michelle laughed, the kind of laugh that was an attempt to cover rising panic.

Then, the car raced from its spot as if someone had suddenly removed starting blocks that were halting its progress. So fast and unexpected was the sudden movement that John had to struggle to retain control of the vehicle. He would later describe it as though someone had held us back with a giant rubberband and then let go.

John regained full control of the car and set off on a small dirt road that would take them to the main road. Neither could see the strange light from their position, although they wouldn’t stop the car until they reached a service station on the outskirts of Rochdale. There, they exited the vehicle in the safety of the welcoming lights and filled the car with gas.

As their minds cleared a little and processed what had happened, the couple began to chat quietly. It was then they both realized it felt much later than the 9:35 p.m. showing on the car dashboard. There was also very little traffic on the road. And they were the only customers in the station. Neither had a watch on, but both would state it felt much later than early evening.

The pair arrived at Michelle’s parent’s home and John turned the engine off. However, it continued to run. Furthermore, every light on the dashboard was glowing and wouldn’t go out. This would last for several minutes before finally going off.

Michelle asked John to stay until her parents returned. It was then, they realized it was just before midnight. They appeared to have lost over two hours of time.

It was past dawn the next morning when John finally set out to his own home, leaving Michelle with her parents. However, he would suffer from incredibly intense nightmares over the following days and even weeks. What was particularly strange about them, though, was that they seemed to continue on from where they had left off the previous evening.

The longer this continued John would find it harder and harder to tell apart dreams from reality. It is most likely that these dreams were actually repressed memories of the surreal incident.

One dream he would recall was of him leaving the vehicle after Michelle began laughing. He had caved in to the panic and ran directly into the light. In another of these intense nightmares he is back in the driver’s seat of the vehicle, but when he looks over at the passenger seat nobody is there. Try as he might, he can’t see or locate Michelle anywhere.

The car itself also appeared to suffer continued after effects of the incident. It was a vehicle that belonged to John’s parents and was well maintained. In fact, only the previous week it had undergone its annual service and so was in complete working order. However, it would act erratically for several weeks following the incident.

The engine would struggle to turn over, or even cut out. There were also persistent problems with the lights on the dashboard and the electrics of the vehicle. When John’s parents took the car back to the garage for advice, there were no issues whatsoever.

The teenagers initially arranged to undergo hypnotic regression shortly after the incident. However, John would cancel the session at the last moment. He would claim he was simply too frightened to experience the evening’s events again.

Greater Manchester Police, who would normally patrol this particular part of the country from the air, would confirm to investigators that they had no aircraft anywhere near the location on the evening in question.

Other interesting pieces of information would surface also. When investigators interviewed the witnesses and each of their parents, it would come to light that John’s mother had previously had a similar encounter. 20 years previously, she had attended a meeting with a Rochdale based UFO group where she confirmed she had a strange encounter with a UFO.

If this was a case of alien abduction, many studies have shown that such events often run in families. And not just from parent to child, but usually for several generations.

When investigators examined the scene of the incident for themselves they were not at all surprised to discover that a reservoir is close by. Many UFO sightings, particularly close up sightings as this certainly was, take place where there is a substantial supply of water nearby.

There was also the presence of electrical cables overhead. Might this have something to do with the incident? Or perhaps of creating the correct conditions for such a phenomenon to occur? Might, for example, the glowing white light not have been a UFO, but something equally outrageous and bizarre?

While we are unlikely to find out any more regarding this incident unless the main witnesses can be tracked down and agree to regression procedures, it remains an interesting case. Not least due to the location, where UFO sightings are relatively high. And this multi county stretch of land experienced a wave of such sightings around the same time.

However, it is entirely possible that while something strange did happen that evening, it might not have been UFO related. There appears to be no evidence of any skin damage or radiation poisoning symptoms which often occur after such close contact encounters. What if what the two teenagers witnessed was not a UFO but some kind of portal or rip in space time right there on the Pennine Hills? Perhaps the feeling of the car being held in a rubberband was an effect of the vehicle being caught in the pull of such a cosmic portal.

Whether this portal would be a natural occurrence or a purposefully planned event would be open to debate. As would, if the latter speculation is correct, who would utilize such technology and phenomena to their own ends?