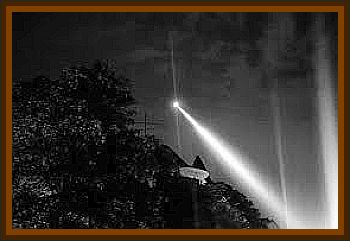 It was described by most witnesses as silvery colored, like aluminum, with no wings or tail, sort of round or oblong shaped, and moving both slow and fast.

The object was very high, and moving westward toward Honolulu in alternating bursts of speed and in a slow, zigzagging flight path.

Navy officials at the base reported that they had begun an investigation of the reports. A check of balloon flights was made, and it was learned that at 4:35 p.m. a weather balloon had been sent aloft from the Honolulu Airport, but had risen quickly and was carried off to the south.