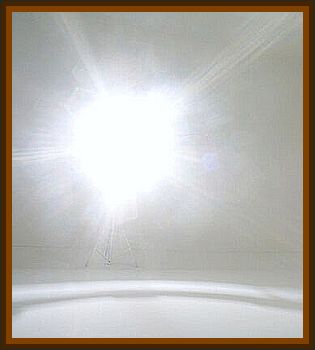 While I wasn’t a pilot at the time, I was probably 15, but was flying with my parents, both of whom were pilots, and my sister. We were returning to Phoenix AZ from Pennsylvania at night in a brand new airplane.

This was in the days when Low Frequency Radio Ranges were the staple of radio navigation. On the cabin speaker you’d hear a dot-dash or a dash-dot indicating you were on one side or the other of the desired airway. If the tone was constant, you were on course. This has nothing to do with the story other than to give you an idea of how long ago this was, late 50’s.

We were near Anton Chico, NM at about 10,000', give or take and it was a beautiful clear night.

Suddenly, almost directly ahead of us, a bright light appeared seemingly on the ground and lighted up the sky and the inside of the airplane. It rose and continued to climb until it was significantly above us and we lost sight of it above the airplane.

My dad got on the radio talking to what was essentially ATC back then, mostly used for weather and opening and closing flight plans rather than controlling air traffic, and within minutes we heard other pilots chime in saying that they saw the same bright light.

It was much too bright and climbed much too fast and too high to be any kind airplane we knew about at the time. Besides, Northern Arizona wasn’t exactly a hotbed of military aircraft and that was the only thing we could think of that might even get close to the performance of that vehicle, if that’s what it was.

Eventually, the discussion died out, but before we landed in Phoenix we heard that the Air Force had scrambled fighters from Luke AFB, northwest of Phoenix to the Flagstaff area to try to determine what caused the light. They found nothing.