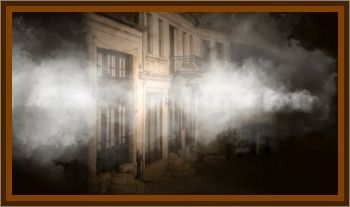 Multiple reports are received of a UFO flying low over a suburban Virginia neighborhood. At least four families reported a spherical, bright UFO zipping over their rooftops.

One couple actually got in their car and chased the object through the area, hoping to get a better look. The couple follows the UFO to an isolated lot where it suddenly halts.

It's hovering in the air, right above a two story house. They're getting a really good look at it. And then it suddenly vanishes.

But the UFO is not the only thing to disappear that night.

The next day, the couple returns to the house where they saw the UFO, looking for evidence of the encounter. But there's nothing there. Literally, nothing. Where the house had stood the previous night is now an empty lot.

The couple finds out that there has never been a house on that property, but they know what they saw.

Did this UFO inadvertently allow the couple a peak into the future or maybe even into another dimension?