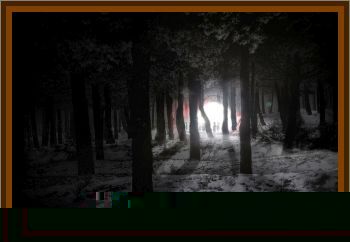 Jockey Jose Parra dashed into the National Security office at Valencia, Venezuela, and told of his encounter with a half dozen little men near the local cement factory.

Parra had been doing his running exercises in the cool of the night in an attempt to work off a little excess poundage. He had stopped when he spotted the little men pulling boulders from the side of the highway and loading them aboard a disk shaped craft which was hovering just a few feet off the ground.

Parra started to run away, but one of the creatures pointed something at him which gave off a violet colored light and paralyzed him. He stood there helpless as the creatures got into the craft and it took off.

Detectives who were sent to the area where Parra had his experience, found strange tracks on the ground which could not be identified as either human or animal.

The publicity accompanying the incident moved a well known Caracas doctor to come forward and tell of his experience with little men, providing the press would protect his identity, which they did.

On the same night as the Flores Gomez incident, the doctor was riding with his father between the La Carlota Airdrome and Francisco de Miranda Avenue at 6:30 p.m. His father suddenly pointed at the side of the road and the doctor stopped the car. Together, they watched two little men running into the brush.

Shortly after they disappeared into the thickets, a luminous disk shaped object took off with a sizzing sound.