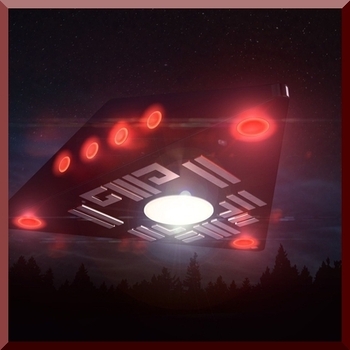 A witness observes from his balcony a triangular form with 2 blue lights and a green one which moves slowly on a rectilinear trajectory.

The observation lasts 12 seconds. No noise was perceived but the witness felt vibrations in the body, and when he wanted to take a photograph, its apparatus was blocked.

The dimension of the object was estimated by the witness at approximately 2100'. The investigation did not make it possible to give an explanation to this phenomenon