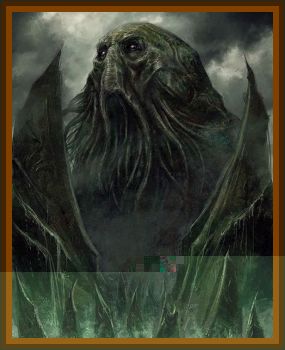 I live in the Lincoln Park neighborhood in the city of Chicago and live about 1½ blocks from Oz Park.

When the weather is nice, I usually go outdoors and to the park to jog and walk my dog.

This night was no different, it was mild and the cold weather had finally subsided so I decided to give the treadmill a break and go outside to jog and let the dog get some fresh air. As I came to the corner of Burling St. and Webster Avenue where I cross the street to the park, my dog began acting very peculiar and acted like she didn’t want to go to the park.

This is very strange as usually my dog goes absolutely nuts when we go to the park and has the time of her life running and sniffing. On this particular evening, she acted like she was mortified to cross the street and enter the park.

As we crossed the street and came up to the area where the basketball courts are located and the start of the trail that goes around and through the park, my dog was practically being dragged as she resisted wanting to continue. After much effort, I finally got her to finally cooperate and begin the walk.

I started walking East toward the Oz Garden, a route that is my usual when I come here to walk or to jog. As we walked toward the garden, I noticed that many of the birds you usually hear in the park were all but silent and that the only noise you could here was the usual city noise from the surrounding neighborhood.

As we rounded the sidewalk to head South with the garden to my left, I heard what could only be described as the flapping of wings.

I really didn’t give it a second thought as I assumed it would be some passing Canadian Geese that I’ve seen in the park recently. As we came toward the clearing where you would find the baseball fields, something caught my eye and what I saw still scares the crap out of me.

I saw a large man, probably 7' or taller standing on the ground. It was solid black, but what really stood out were the large, and I do mean large pair of wings that were folded behind him. These wings stood taller than the man by at least a foot and a half and jutted out of his back.

I could not see it’s face as it had its face turned away from me and probably didn’t notice me at first. It finally turned and noticed me and I saw the bright, ruby red eyes that appeared to glow from within. It was at this time that it turned and faced me and I got to see what it really looked like.

It was about 7' tall, and instead of clothes, it looked like a giant half man, half bird kind of thing. It reminded me of the character Bird Person from the show Rick and Morty, only a lot scarier. This thing stared at me for about 15 seconds, which felt like an eternity and then in a loud whoosh it unfurled its wings and screeched really loud, and jetted into the air.

These wings looked almost bat like and were at least 10' across from tip to tip. I felt like this thing could see right through me, read me, it knew what I was thinking, like it could stare right into my very soul. It was the most terrified I have ever been in my life.

It rose into the air like a bullet and I heard it screech once more before losing it from my view as it rose above the trees and possibly the buildings. It was at that time that I realized that I had yet to scream or react in any way. I was just numb, numb from my head to my toes. I finished my walk early and walked home, all the while trying to see if I could see it again once I got to the street.

It was the scariest thing I have ever experienced and it lead me to look up giant mutant birds online and eventually came to sites talking about similar sightings that other people have had and eventually to where I could post and report my own sighting.

I don’t want you to think that I am crazy, I’m just a normal person who had a weird and strange experience. I do not abuse drugs or take any kind of hallucinogens or anything like that.

I know what I saw was real and that I saw it in Oz Park, in Chicago, IL. I don’t want publicity at all, I just want to tell my story and to warn others who might jog or walk the trails of Oz Park. I never felt like I was in any real kind of danger, if I did not provoke it. But, I felt that this creature could have ripped me limb for limb if I had approached it or threatened it in any way. Maybe it was passing through like the Canadian Geese do when they are migrating.

Either way, I hope that we never get to meet face to face again.