Struck By Light Beam In Oulu 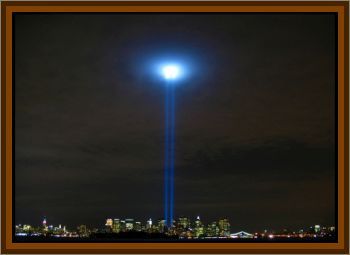 Seven teenaged people had a self-made cottage amidst trees in Oulu in the Northern part of Finland. They were spending an evening together in Rusko, a residential neighborhood. It was dark, only the snow was reflecting some light. At 8:00 p.m. they saw a strange light far in the sky. Then after being inside for a while, they saw two bright balls of light hovering one 3' above the ground, about 65' from the cottage. Their sizes were about 3' to 5' in diameter.

Two boys went out and started to approach the balls. Eero Lammi, a 19 year old man, was walking first, Seppo Moilanen, 15, a couple of feet behind. When Eero was about 33' from the balls, Seppo saw a lightbeam came from one of the UFOs and went through Eero. He fell down and lost his consciousness.

The youngsters carried Eero to the cottage. After 5 minutes he regained his consciousness. He remembered a flash of light and feeling pain before losing consciousness. When they looked through the window, the UFOs had disappeared. The balls had been hovering for 5-10 minutes. Some red points were found on the skin on Eero's chest, in the back there was a red area. Afterwards he felt no pain, so he didn't go to a doctor.

UFO investigators made a proper research, but no normal explanations were found. Other people in the area had also seen strange lights at the same time in the sky. After 5 years Eero Lammi was interviewed in a local newspaper, and he still kept his original story.

On November 21, 1976 three Spanish soldiers met a strange, 10' tall being with phosphor clothes in Talavera la Real, an Air Force Base in Spain. José Trejo, one of the soldiers, was paralyzed temporarily and fell down. The other soldiers came and shot towards the being. They saw a bright flash, and the being disappeared. Afterwards José Trejo experienced some loss of sight and memory, later he had parapsychological experiences.

The Oulu case had some similarities with Travis Walton`s UFO case, which happened in the USA one year before. Walton and his lumberjack colleagues saw a bright UFO hovering above the ground in the forest. After a bright light hit Travis,the other men fled. Travis Walton disappeared for 5 days. Travis remembered that he had been inside a UFO and some strange beings had examined him. In Oulu Seppo Lammi had no such memories.