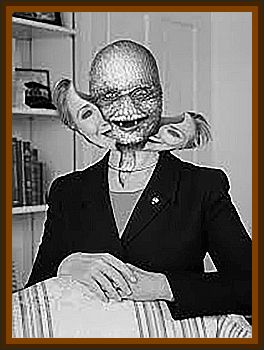 A woman was camping with her ex husband near Eureka Springs, Arkansas 2010.

They, the woman and her husband, were trapped in their tent during a storm, the next morning the woman exited the tent and sat on a picnic bench close to their tent and witnessed a 7' tall reptoid being. The entity approached the woman and shape shifted into an old woman.

The woman said the she had a conversation with the entity, but had no recollection of the details.

The following report is a brief inexplicit report and the witness says nothing about his interaction with the alleged grey aliens.

I saw a star shaped light sphere which hovered above pine needles below the tree canopy.

Alien greys came forth and entered my house after running across the yard so not to be seen.

Then the light sphere blinked and disappeared like a fast moving star.

This report is a brief in-explicit report and the witness says nothing about his interaction with the alleged grey aliens.