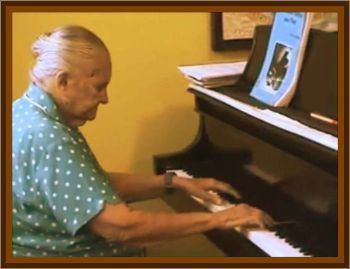 A concert pianist and her friend claimed that they had been whisked aboard a UFO and given a gruelling examination. Again the full story came out only after hypnosis sessions.

Luli Oswald, 55, said she and Fauze Mehlen, 25, were driving along the coast road near Rio de Janeiro, Brazil, when they saw a fleet of strange craft emerge from the ocean. When they came out of the water, it was like a mushroom with water spilling over it, she told police. Then we noticed a big black one ahead of us. It seemed to be about 300' across with a small dome on top.

Mehlen, who was driving, lost control of the car. It began weaving crazily across the road, with the doors opening and shutting by themselves. Then, suddenly, the nightmare ended. Shaken, they stopped at a restaurant for coffee and discovered that it was two hours later than they thought.

The man was panicked and she was trying to calm him down, a restaurant spokesman said. They told me what had happened, and I told them that others have had trouble on that curve of road. One of my friends was chased by a UFO there. Miss Oswald went to a top hypnotist, in an attempt to fill the two hour gap in her memory.

I can see two small UFOs above us, she said when under hypnosis.

I'm feeling sick, nauseated. Our car is being grabbed by the top. A light from the small one is holding us, the light clasps the car. We're being held prisoners by this light. It's horrible.

The pianist began sobbing with terror as she continued to relive the experience.

We have entered the black disk from the bottom, The car is inside the UFO, but we are outside the car. They are putting a tube in my ear. There are tubes everywhere, they are pulling my hair.

They look like rats, oh, how horrible! They have huge, horrible rat ears and their mouths are like slits. They are touching me all over with their thin arms. There are 5 of them, their skin is grey and sticky.

Miss Oswald said she saw Mehlen lying unconscious on a table as the aliens examined him with a strange ray of light that smelt of sulphur. The rat figures communicated without speaking, but she said one of them did talk to her. He said they came from Antarctica, she recalled.

There is a tunnel that goes under the South Pole, that's why they come out of the water. Others are extraterrestrials.

After 2 hours, the examinations were over, and the couple found themselves mysteriously back in the car and on Earth.