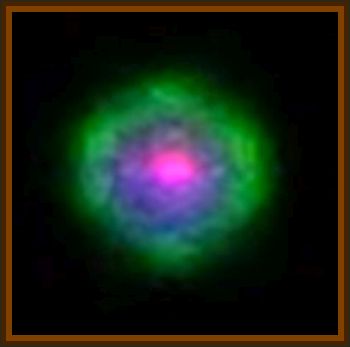 Mostly clear blue sky with hardly any clouds, It wasn’t dark yet but was getting there.

I was really trying to figure out those lights, It was like looking at the bottom of 6 Petrie dishes filled with oil and water mixed, you know how you see rainbow colors when looking at water that has oil into. I thought at first while looking at it that it might have just been picking up lights from below and reflecting on them but as I stared at them I realized that the colors and movement were the same in all 6, like exactly the same.

That is what made me think that It was maybe just one craft but I didn’t see a body around the objects. And it looked so perfect in spacing between them as it moved, It was confusing for me to say that it might of been 6 and not just 1.

And If I hadn’t of been looking right at it I don’t think I would of even seen it. I figured that maybe that was the reason I was not seeing anything bright like it was trying to camouflage itself from being seen.

But it seems to me that the airport should of been able to see it. It flew right over there tower. The airport is like right across HWY 50 from where I live.

But this was not a plane believe me. The airport Orlando Executive Airport, formerly called Orlando Air Force Base I think.