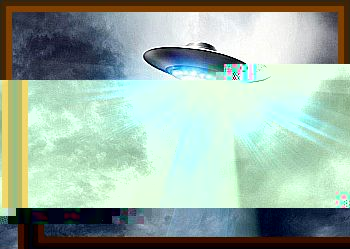 UFO cases in this area were prolific in the 1960s. It is always important to the reader to bear in mind that when we talk about the Antarctic Region we are referring to two specific locations:

The South Orkney archipelago and part of the South Shetland. It also important to bear in mind that the information discussed herein took place in the 1960s, where there were few military bases operating on the continent.

Francisco Tito Burzi is today a renowned radio aficionado who forms part of the GACW, an organization that gathers radiotelegraphy experts who communicate with each other in Morse Code. Burzi was on the Argentinean base located on Laurie Island in 1961 and remembers many stories as thought they had taken place today. Among his narratives about the region and its hardships we find one that deals with a UFO sighting.

According to Tito, one given night in the winter of 1961, all of the 10 members of the base were witnesses to a mystery that remains hitherto unexplained.

The time was around 8:00 p.m. on a dark, moonless night in mid winter, in June or July. I do not remember the reason, but I went out of the dormitory, and to my surprise I saw reddish/orange light, like a car headlight, gliding over Scotia Bay with an oscillating movement, like a ship being rocked by the waves.

The young man summoned his superior, Lt. Cmdr. Oscar Padilla, and his other companions. Burzi says that he went to turn on the generator, which was shut down, and that the radio officer, Oscar Atienza, reconnected the equipment to scan frequencies to ascertain whether there were any vessels in the area.

He found nothing. Truth was that they all knew it was impossible for any ship to be there at that time of the year.

As far as the mysterious light went, the witness says that it continued on its way with an oscillating movement until it vanished behind Ailsa Craig Island, located in the middle of the bay.

We waited for it to reappear on the other side of the island, but it disappeared.

The commander entered the event in the base log and we never discussed it again. We were 10 wintering soldiers, of sound mind, and we all saw the same thing, said Burzi.

He cannot say how long the sighting lasted exactly, but he calculate that it must have been long enough to get the radio up and running, as it first required firing up the generator, which took a while, and then to scan the frequencies to find some ship in the area, only after a scan of their frequencies could, the possibility of a ship be discarded. Throughout that time, the object was clearly visible until it vanished behind the island.

Ailsa Craig only 4.5 miles southeast of the coast, in the middle of the bay, facing the manned post. It is possible to visit it during the summer by boat and on foot during winter, walking on the ice. At the time of these events, Laurie and Ailsa Craig islands were linked by frozen sea as far as the horizon. This, of course, made it impossible for a ship to be navigating those waters. But the fact that the men fired up their radio transmitter shows they imagined they might be in danger, in other words, that the light in the sky was not of human origin.

In 2014, Francisco Burzi and Oscar Atienza, the radio officer, were interviewed to obtain further information.

Atienza, however, did not recall the event in question. He did remember, however, that there were many daytime sightings of solid objects that winter, flying high in the sky, making sudden and abrupt movements, incompatible with the maneuvers of helicopters or aircraft.