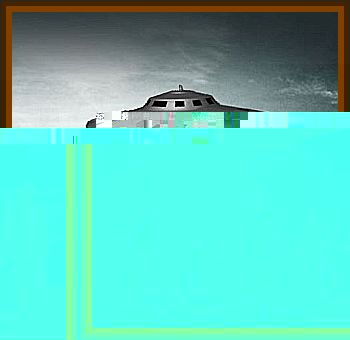 It was fall in small town of, Onawa. My best friend’s mother sent us to get cigarettes for her, if that doesn’t tell you how long ago nothing will.

The railroad tracks ran through their back yard. On the other side of the tracks was a large grassy area owned by the railroad.

My best friend, her younger brother and I were just crossing this empty area headed for downtown Onawa when we saw a slow moving object in the sky.

I was between 8 to 10 years old as was my best friend, and very smart, later I found I have a genius IQ.

I stood staring at the object and knew immediately that it wasn’t an airplane.

My father was a jet mechanic for the Air Force during Korea and then the Air National Guard and had taken me to many air shows.

Before and after seeing the UFO I have never seen an aircraft with square red lights, and believe me, I have looked.

The object was saucer shaped, moving not far above the town. It had square red lights that lit sequentially from right to left with a gap that made it seem like the lights were running around the object.

There was no sound as it moved along, moving south to north.

As we watched a building blocked our view. We ran to see if we could catch a further glimpse of it, but it had vanished.

My friend’s younger brother told me later that he had seen the same object one night hovering above the grain elevators two blocks from his house. He saw a beam of light coming from the object trained on the elevator for a few moments, then it took off.

Because we were children no one believed us, but I went home and drew a picture of it so I could remember it and look for a logical explaination as I got older.

So far I have found no aircraft with square red lights on it, but I'm still looking.