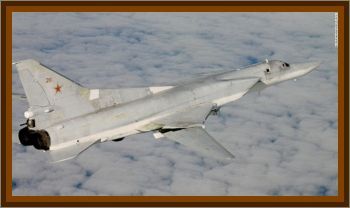 The central Siberian uplands north of Olekminsk have been the source of numerous UFO reports, including a massive wave, or scare that erupted in early 1970, involving disappearances of animals and humans, including one entire village.

A Soviet supersonic bomber disappeared without a trace in the area on April 24 1970, provoking a 150 plane search, many of these reported gigantic space craft hovering so high that they were out of range. Soviet reconnaissance planes appeared in the skies, relentlessly photographing every inch of the terrain.

Chinese citizens were terrorized by ufonauts disguised as Russian cosmonauts and Russian citizens reported landing of Chinese or Oriental appearing UFO pilots. This confusion might have led to World War III between China and Russia since the phenomena did result in some border clashes between the two superpowers.

On April 29 inhabitants of these areas were awestruck as a gigantic Soviet aerial armada consisting of bombers and fighter planes passed overhead en route to a rendezvous near the desert region. This area was bombarded for hours and literally blasted from the face of the earth, reliable sources report that a secret flying saucer base was systematically liquidated…consisting of hundreds of miles of underground tunnels and dozens of pyramid like structures throughout the area.