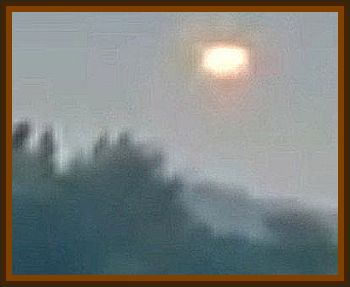 Old Crow is a small community of about 300 people, just above the Arctic Circle and just on the edge of the treeline.

A community with no road access to the rest of the world, one can only reach this village by boat in the summer, snow machine in the winter, or plane year round. It is about 120 miles in a straight line from the nearest transportation route, the Dempster Highway.

The community is situated on the bank of the Porcupine River and the majority of its population are members of the Vuntut Gwitchin First Nation. Because of their isolation, they lead to a great extent, a sustenance lifestyle. The people of Old Crow are out on the land often, fishing, trapping, snow shoeing and hunting. The region is home to the world famous Porcupine Caribou Herd, some 180,000 animals.

Before this happened I never believed the people that were talking about seeing UFOs. I always thought that they were making it up.

It was around September 20, 1986. B and I were staying at our Cabin on the Porcupine River. We were sleeping and it was pitch black out. In the middle of the night something woke me up. There was this loud rotating sound right above the cabin.

I looked outside the window and it was just bright out. Like daytime. I went to the window under which B was sleeping. The light was shinning on her. I looked outside and there was this UFO right over the trees. It was bright blue, almost too bright to look at and was rotating fairly fast.

I tried to wake up B but I couldn’t. I tried everything. I was shaking her but there was nothing that would wake her. It was like she was dead.

I continued to watch the UFO for about 5 minutes, then it just slowly descended down towards the river bank and away from us, started speeding up going cross river, then it just shot off rapidly into the distance.

The next morning I told B:

You should have seen this thing outside last night. A bright rotating thing just above the trees.

You should have woke me up.

I tried, I couldn’t, it was like you were dead, I tried everything.

When I got back to the village, I told my husband. He said:

You should report it to the RCMP.

What are they going to do about it? They have enough trouble of taking care of things in Old Crow.

The witness was very forthright, excited and anxious when relating her account. Listening to her was almost like being there. After the witness described the event, she was asked a few more details about the UFO. Although we weren’t at the location of her UFO sighting, we were outdoors, out on the front porch of her home. This enabled her to illustrate the distance to the UFO and its size in relation to objects around us. The UFO was about 16' in diameter, 165' away from the witness and about 50' off the ground.

This was not a scheduled interview so paper and pen were not at hand but the witness traced a 3D shape of the UFO with her hands in the air. It was a disk that was flat on the bottom, had sloping sides, and a rounded top as depicted in the figure.

The woman felt that the object may have somehow had an influence on her friend, perhaps causing her to become deeply unconscious during the sighting.

The woman was able to recall the approximate date of the sighting since a family related event occurred around the same time period.

The initial B in this report has been changed from the actual first initial of the witness involved.