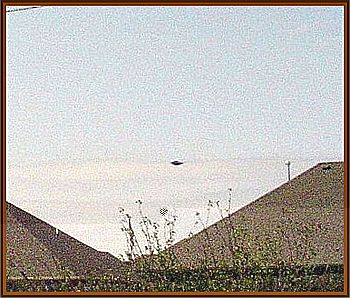 So when my mother married my stepfather in 1978, his grandmother was still alive and at the time was supposedly one of the oldest living women in the state of Kentucky. She was 101 when I met her that year, and she died in late 1979 because I clearly remember the Christmas tree being up at our house. That would put her birth year at around 1878.

Anyway, I spent one extended afternoon in her company and I asked her a lot of questions about the many, many changes the world had gone through during the course of her life. I was going through a civil war phase at the time, and one of her relatives had fought in it, but she had nothing of interest to share because she told me that her father, or uncle, I forget, absolutely refused to talk about his war experiences.

That was disappointing, but when I asked her about the first time she saw an airplane she claimed that it was not as impressive because she had seen ships sailing in the sky as a child in Oklahoma. I was thrilled by this statement.

When I pressed her she went on at great length, claiming that everyone in her county had seen these red lights dancing in the sky over a period of a week or so.

When I asked her what she thought they were she calmly said:

Men from Mars. Or something to that effect.

It was a wild afternoon that I will never forget, she wore a black dress with a high collar and little lace up witch boots. I liked her very much.