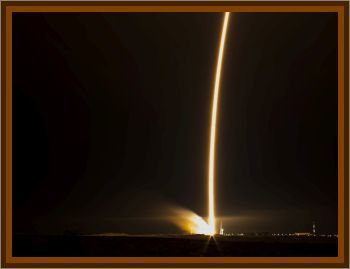 I went to school in a rural school in Ogallala, Nebraska, for just over a year. I attended part of the 7th grade and the entire 8th grade, graduating in 1954. This dates the sighting as being approximately between April 1953 through May 1954.

There was a farmer who lived down the road from us who used to take me fishing at Lake McConaughy, just North of Ogallala.

One day we went fishing in the afternoon and set our lines out in a bay on the lake. We could see the bushes on the opposite shore. When it got dark enough, the farmer lit a Coleman lantern and placed an aluminum sheet by it to reflect the light towards the lake.

I saw a light to our left, I do not know what direction, that was small like a headlight in the distance. The light came towards us very slowly, taking 20 to 30 minutes to become as large as a house and, seemed to be hovering over the end of the bay.

I kept asking the farmer: What is it?

And he kept replying: I don’t know, but it isn’t bothering us.

The light was so bright that it lit the area up like daylight, at which time he said: We might as well save on fuel. And he turned off the Coleman lantern. We fished with the bright light for another 10 or 20 minutes, when it suddenly left the area at a right angle to the approach it had made. It took less than 5 seconds to be totally out of sight.

Our eyes had become accustomed to the light and we had a difficult time relighting the lantern.

I should say that there was never any sound from the object. The color was bright white.

I told a Colonel in the Air Force about it when I worked at Cape Canaveral in the 1960’s.