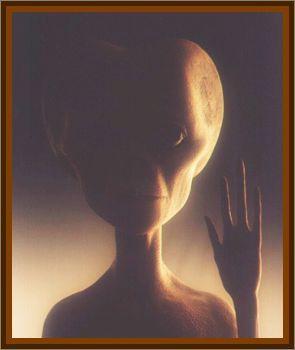 An American officer, who wished to remain anonymous, affirmed that aliens took part in a military exercise that took place in Arkansas several years ago. There are some things that I cannot talk about. Yet, I think I can say something. Airborne troops conducted their exercise from April 15 to May 5, 1992. The event took place on the territory of the Fort Chaffee. The exercise was performed under the code name Operation Curtain. Special units of airborne troops from Venezuela, Ecuador, the USA, & Puerto Rico, took part in the exercise. The troops were sent to swamps in a remote part of the base. It was ordered not to allow the dummy bridge that was built for the exercise to be exploded.

No unit managed to prevent the explosion of the bridge. Neither the Venezuelans, nor Americans, nor the soldiers from Ecuador managed to detect the enemy. No one could understand how the saboteur made its way without even bumping into any of the best units. Nevertheless, it happened, said the officer.

Commandos from Puerto Rico encircled the swamp and started waiting for the enemy. A strange noise could be heard in the distance at about 12:30 a.m. Soldiers thought that the enemy landed on the other side of the swamp. Everybody was ready to meet them. The only aspect that we did not know was the time that would take for the enemy to cross the swamp. Before the exercise started, the commandos were given an order not to use night vision devices. However, there was an American sergeant among the Puerto Ricans who had such a device.

The soldiers soon heard strange sounds coming from the other side of the swamp. The sounds were getting more and more distinct. Everybody was staring in the direction of the sound, but no one saw anything at all. Then, everyone smelled the strong smell of the swamp. One of Puerto Rican officers ran out of patience and asked the American sergeant to give him the night vision device. The officer looked around the territory and he saw 3 small creatures. They were mot visible to the naked eye. The officer gave the night vision device to another officer and so on. Everybody saw the weird enemy. The soldiers eventually contacted their command. The command kept silence for a long while, and then it was ordered to carefully watch the creatures without bringing harm to them.

They were like little people, about 3' tall. They looked absolutely white in the night vision devices. There was another such creature sitting on a stump, as if it was watching the crawling ones. At first I thought that they were wearing some kind of helmets. But then I realized that they were not helmets, but their long, egg like heads. I could even see their big black eyes with no eye balls. It also seemed to me that they had two little holes instead of a nose. I did not see a mouth. They had 4 fingers on their hands.

The officer also said that a helicopter arrived soon and took the little people away. The command strictly ordered everyone to maintain silence about the event. The American officer was struck with what he saw. He did not say anything about it for 2 years.