Driver Sees UFO While In Army 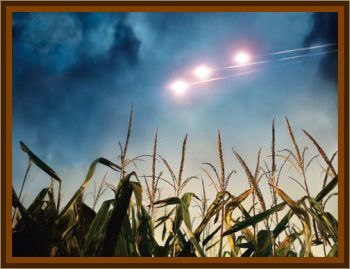 I was in the army at the time, part of withdrawal of the troops from Germany. The exact date might be wrong, but it was on the weekend and I was on duty as a duty driver, CQ Runner, assigned to pick up solders at the movie theater at another base, Warner Kaserne.

I believe the base I was on was called Oberschleissheim Army Airfield, a former Nazi airport, but since the war was an American base. Located just outside Munich near a town called Hasenbergm, they were building the Olympic stadium near it.

As I left the barracks, driving a Ford 2 ton truck, because our equipment was being passed to other units, I drove through some trees and wooded area with the runway off to my left about 1/3 mile away and almost parallel with it. When I spotted the object, a disk shape with a pulsating area the circumference of the disk about half of the area of it from the tip of the disk towards the center where the material appeared be a translucent silver. There was a sort of orange light type beam at the left of the object. Viewing it from the truck which stalled and all he lights dimmed I was frozen with fear or so it seemed for a unknown amount of time.

I remember just looking at it as it silently hovered off too my left in front of me, eventually I started the truck and drove it in reverse till I came to a group of swerves in the road where I turned it, and returned to the barracks and told some other people. The guys I transported from the movie theater also witnessed the event. At the other base and eventually we searched the area where I had guessed it to be, but found no trace the next day. It was not an aircraft...or a glider, and the report I believe, kept me from making E5...A promotion for 3 months or so It was towards the end of April or the beginning of May, it was in plain sight about 250 yards from me.