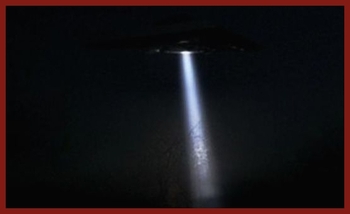 American and Viet Cong forces were not even the only victims of such frightening occurrences. On the evening of August 12, 1968, a team of engineers from the Soviet Union were near the remote area of Cao Bang, North Vietnam, working on plans to build a hydroelectric plant there.

As they went about their duties a deep rumbling echoed out from above to reverberate through the area, and they feared that it was possibly an American B-52 bomber making a deadly run. The frightened Soviet engineers scurried to their tents to hide, and that was where they saw something quite odd indeed.

There hovering in the middle of their tent was an angular, diamond shaped object which was described as being a deep black in color and glowing with a greenish/blue light.

The bizarre floating object made no sound or movement, just hanging there with its inscrutable, unknowable purpose. Before they could even process what they were seeing there was a sudden burst of light and a shockwave that tossed everyone to the ground. The explosion destroyed the tent and scattered their equipment everywhere, destroying or heavily damaging most of it.

The men themselves had managed to survive without injury, but were still deeply shaken by the strange event and excitedly consorted with each other about what had just happened. When they tried to call their base they found that no communications equipment seemed to work, leaving them in complete isolation out there in the dark with some unknown, possibly hostile force circling around them in the dim jungle.

The next morning, after a night with very little sleep, the radio was found to be in working condition again and they were able to report on what had happened to them the previous evening before continuing with their mission. Two days later, the team of engineers made a rather odd discovery when they stumbled across a black sphere around 3 meters across, lying 1 km from their camp. The bizarre sphere had many weird qualities, in that it did not cast a shadow and did not reflect any light.

The surface of the sphere was apparently smooth to the touch and could not be damaged by a knife scraped across it. Upon radioing in their find the team was told by headquarters to move 60' away from the object and await further instruction, which they did, setting up a camp precisely 60' away from the inscrutable object.

That night, one of the engineers got up and ventured out into the forest, but no one really thought much of it, thinking he was just going out to relieve himself. When the man did not return, the others then nervously called out his name, very aware that that otherworldly sphere was still looming out there in the darkness. With no response, they warily got some flashlights and fanned out into the night to search for their comrade but could not find him.

An hour later, another one of the men also reportedly got up and headed out into the brush in the same direction that the first had gone, toward the sphere as a matter of fact, and this time the man was noticed to be moving as if in a trance or daze. He too did not return.

The remaining men were by this time terrified, and decided to just wait at the camp rather than venture once more out into that unknown night, but the strangeness was not over, as yet another man wandered off into the wilderness, leaving only two of the engineers remaining there huddled in the flickering, dancing flames of their campfire. As they sat there, one of them stood up in a disjointed way as the other looked on in horror and he too stumbled off into the night. This was all so disturbing to the remaining engineer that he purportedly shot himself in the leg with his side arm just to prevent himself from being beckoned by whatever ominous force was drawing them in one by one. The pain and shock from this self inflicted wound caused him to pass out as thoughts of those dazed men and that sphere danced about in his head.

The next morning, the sole remaining engineer was awoken by a Soviet special forces team, and although he had lost quite a lot of blood he was still alive. He told the soldiers about the sphere and what had happened during the night, but no trace of any such object or the missing men could be found.

Whatever happened here and what that black sphere was remain a mystery.

Between these men and something that evades easy explanation. It is uncertain if any of these reports originate in nerves, hallucinations, aircraft from earth, or something else. It cannot even be known for sure if these cases ever really happened as described or not. What is certain is that the Vietnam War was truly a terrifying, often strange place to be for those who served there, and whether one believes them or not these stories of spooky encounters with UFOs and things beyond our understanding certainly add another layer to all of the fear, confusion, and weirdness of it all.