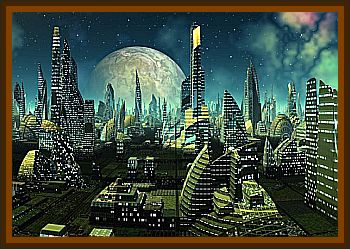 Several UFO researchers have examined the case in detail, both local Argentinian researchers and international investigators. The incident also garnered substantial newspaper coverage on a national level. Consequently, several extensive investigations would take place over the years that would follow.

Not only would it appear that the two men were genuine and truthful in their mysterious journey of disappearing roads and strange red cities with unthinkably tall buildings on either side of them, but their case was one of alien abduction. And furthermore, tentative as it is, evidence would later emerge that could suggest such abductions may not be a one off, and may, in fact, stretch back some time.

Argentina, much like other vast areas of the South American continent, is home to strange aerial sightings and, at times, even stranger incidents and activity throughout its rich and enigmatic land. The case of Francisco & Carmelo Nunez is most certainly a strange tale from a strange land of strange tales. And one that continues to tantalize and stretch the minds of researchers and investigators of UFOs and strange phenomena everywhere.

It was around 9:00 p.m. on the evening of July 6, 1978 when 23 year old Carmelo Nunez drove his 66 year old father, Francisco, back to Mendoza following a business meeting with a man in the suburb of Maipu. They were making the journey in a 1933 American Chrysler four door Sedan. A car that Francisco had been given as a young man by his parents, and that Carmelo had recently finished restoring to its former glory. It now ran as though they were driving it right off the production line. Even the brand new, and added modern convenience, such as the tape player sounded great. And the modern dials and gauges on the dashboard visually showed how the engine was performing.

Both of the Nunez men were mechanics, with the senior Nunez having responsibility for all of the local ministry's vehicles as part of his job working for the Mendoza Provincial Ministry of Labor. Each of them certainly knew their way around a vehicle, as well as around the streets of the city.

As they were making their way down the relatively quiet road, Carmelo turned the vehicle onto an expressway ramp. Almost as soon as he did so, a new olive green pickup truck appeared suddenly behind them. The truck passed them and then immediately slowed down in front of the Nunez' car. Even more bizarre, their vehicle also began to slow down. This, despite Carmelo keeping his foot pressed firmly down on the gas pedal.

Carmelo remained calm and continued to follow the truck at the pace the car would allow. Then, the truck disappeared. As did the road itself.

What happened to the truck? Francisco asked his son. Before he could fully respond, Francisco blurted out: Where's the road?

Carmelo could answer neither question. All around their vehicle, which was still moving, was complete darkness. Carmelo would state although the car's headlights were on full beam, neither of them could see anything for a few minutes. Everything was dark.

Francisco would recall later that:

We felt we'd lost our way. Then, some minutes later, the car very swiftly entered some city. Their car was traveling with some speed. So fast that outside the buildings were just flying by. When the pair studied the buildings in more detail, they would recall how they looked like one unending building with red light coming from inside as well as outside.

The magnificent buildings started from the road and went upwards completely straight. In fact, so tall were they that neither man could see the top of any of them. Instead, just a reddish light that they disappeared into. Other than these mammoth buildings on either side of the road, there was nothing else. No other buildings and no sign of anything living.

Interestingly, of the light, the witnesses would state that it lit up the entire city although it was a ceiling, not a sky. This is an interesting point. The two men began to wonder if it wasn't the road that had disappeared, but if it was them and their vehicle that had disappeared and gone elsewhere. Perhaps the ceiling suggested they were not in a city but inside a domed spacecraft. Might it be that they were taken from the road without their knowledge, their memories only snapping back to the moment as their vehicle, apparently controlled by something else, made its way between these strange, tall buildings?

As a further indication of this, Carmelo would further state later that the car's steering remained fixed, and the car felt as if it was in the air and not on the street. They also further noticed how cold the air was around them. Both agreed, however, that visually, the scene around them was beautiful. Carmelo also noticed faint music around him. At first, he thought it was the music from his cassette deck, however, he soon realized it was a strange, soothing music with which he wasn't familiar.

This continued for around 15 minutes when suddenly, their red surroundings vanished from around them. They were now back on a street near their home town. From there, largely without saying a word but with a strange calmness between them, the pair continued their journey home. Once there, much later than expected, Francisco's wife, Carmelo's mother immediately questioned why they were so late.

When she asked where they had been, Carmelo would answer, rather cryptically:

We went to a place where nobody goes. He wouldn't provide a more elaborate answer, despite her request to do so. Neither would Francisco.

Both men would attempt to return to normal following the strange incident. And neither would speak about it to anybody. That is, however, until around three weeks later when Francisco had a sudden moment of clarity regarding the evening's events. Although he didn't understand the reason behind them. He would state that although he didn't know where they went to, they were not on Earth. He would also state, rather interestingly, that he also believed he had more knowledge, and more strength since the incident.

The account would eventually reach the in tray of National Enquirer journalist, Bob Pratt. As well as under instructions to investigate and speak to the pair, he was also to have them undergo hypnotic regression in order to unblock what might prove to be their repressed memories of the encounter.

They would agree to the sessions, and the results were quietly fascinating, perhaps backing up the notion that they were indeed on some kind of artificial, nuts and bolts spacecraft.

While under hypnosis, both of the men would recall entering several large tunnels and entrances to what appeared to be underground parking garages before finally finding themselves in the red city. This was a detail they had not mentioned previously. It would appear, then, that at some stage between seeing the green truck and realizing they were in the strange city, they were in some kind of trance or had their memory wiped of this part of their journey.

Another revealing piece of information would come from Carmelo who would state that himself and both of his parents had witnessed two UFOs hovering over Mendoza several months earlier in January. This was an interesting detail for two reasons.

First of all, it suggests that both of the witnesses and even the rest of the family had previous encounters with UFOs. Given the nature of their recent encounter, perhaps there was a history of abduction?

Secondly, each of them had previously eluded to such an encounter but then seemingly backed away from it. Perhaps their knowledge of previous encounters, consciously or subconsciously, was stronger than they would admit.

There were also several other witnesses who would come forward with their own sightings over the city of Mendoza on the same night as the Nunez' encounter. Two of those were city watchmen, 35 year old Marcos Ricardo Palma and 48 year old Gilberto Caballero. They would claim that just before dawn of the evening of the encounter in question, as they were each swapping over on their shifts, they witnessed a fleet of UFOs moving in and out of the concrete pylons around the new soccer stadium. According to their report, such was their amazement, they would stop traffic to point it out to others. In all, they believe that over 50 further people also witnessed the strange crafts.

Palma would later claim the objects were round and very bright and going in a figure eight pattern around the stadium's light poles. In total, there were around 30 different crafts flying around above Mendoza. Approximately the size of a small car, with green windows, the show would last for around 30 minutes. Furthermore, there was no doubt in the minds of the main witnesses that they weren't small planes or helicopters. For a start there was no noise.

Caballero would state much the same as his work colleague. However, he believed there were many more UFOs than just 30. He would state there was a whole cloud of them, maybe 500. Furthermore, they were relatively small, but could still fit two people inside of them. As well as a conical-windows at the top, there were other dark green windows all around the sides.

Perhaps most interesting, though, was his claim that in the distance to the aerial display was a much larger object. Rounder and fatter and very big. Furthermore, this larger object remained sitting in the air, motionless.

Following the display witnessed by the two watchmen along with the early morning motorists they had stopped to witness the events, at around 6:30 a.m., all of the objects began to head north of their location.

Given the attention it would eventually receive from the media, local police as well as UFO groups would investigate the incident. In fact, one police employee, Adolfo Siniscalchi of the Intelligence Division of the Mendoza Provincial Police would even go on record regarding the incident and the witnesses. He would state that although they don't officially investigate such cases, they had concerns with public reaction because there had been a lot of UFO cases in the run up to the Nunez incident. Unofficially, however, many of the police do look at such cases. They did with the Nunez one as the pair often repaired police cars and were seen as honest and reliable people. Furthermore, Siniscalchi would state:

We don't know what happened to them, but something did happen to them.

Backing up the police view was that of Dr. Alfredo Stefanelli, who had regressed the two men into hypnosis. He would state that:

These men were telling the truth, and that they at least believed the incident took place. Furthermore, given the elaborate nature of the incident, it was not his belief of any kind of manufacturing of the story.

Further still, a double hallucination is also unlikely, both men would have heard the strange music, for example, if this was the case. That, then, would suggest the incident likely occurred as the men claimed it had. The two men, incidentally, have never deviated from the version of events they gave shortly after the incident.