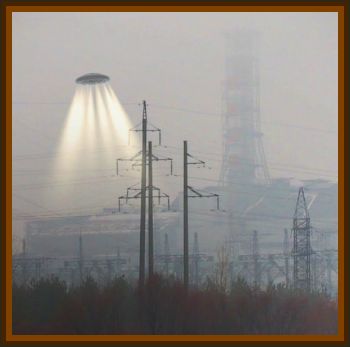 To set the scene, it was a clear fall night and the stars were everywhere in the sky.

You could see what looked like to be common airliners on route to Little Rock Airport.

We were out on some country road, we got lost, had been driving the dirt roads for about an hour. We needed a restroom break so I found a little entrance into a farm that had no gate. We didn’t plan on staying any longer than it took to finish our business and leave.

He pointed to the sky and I just said:

That is the red light on an airplane.

I was in the USAF and you see a lot of incoming and outgoing aircraft of many different types, so when I saw the light that is what I first thought of, and then he said:

Look at it man.

I looked at it again and the light just stopped and then resumed course. I zipped up my pants and we sat on the hood of my car and watched this light move around for about 10 minutes, then to our amazement and out of nowhere a second red light appeared far behind it. Too far to had been a single aircraft.

The lights were steady and moving along the same course for about another 10 minutes, then one light went out completely and the 2nd light seemed to speed up instantly and took the place of where the first light was last seen.

My friend then pointed out a cloud. This cloud was coming from the cooling tower of the local power plant in Russellville which is about 22 to 25 miles away. The light remained near the steam for nearly 5 minutes then in the blink of an eye went from a dead hover to a diagonal up and right.

Now I’m not good enough to tell you the speed of this object but I can tell you that the speed of this object was so extreme that the only thing I can judge by it is like trying to watch a bullet leave the barrel of a gun and follow it to the target. My friend was a bit shaken by seeing this, and so was I. We were speechless and didn’t talk the rest of the time we were watching.

I saw the angles in which this light was traveling and I don’t know any craft we have that can allow a pilot to make such drastic changes in speed and angle without becoming unconscious or being killed by sheer G force. It was truly a remarkable sight to see.

Just when we thought it was all over and done with the 1st light reappeared in the same place it had vanished and the 2nd red light came back to the same distance when it had first appeared. Both lights kind of made like a subtle flash, as we had been watching it, we had not see any fluctuation from these lights at all.

They were gone. We sat there for another 30 minutes hoping they would show up again, however they did not.

Now, I’m telling you this and have not posted it anywhere else on the web. I do not wish to be made public. I just hope this helps confirm similar accounts if you even have any like this.