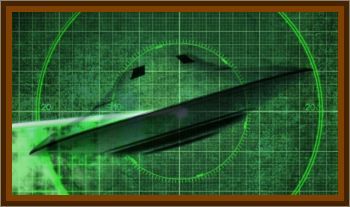 Navy pilot has reported seeing two "flying saucers" flash past him while he was flying over Goulburn, N.S.W. Radar officers at Nowra Fleet Air station picked up the objects on their screen.

Navy pilot has reported seeing two flying saucers flash past him while he was flying over Goulburn, N.S.W.

Radar officers at Nowra Fleet Air station picked up the objects on their screen. The pilot said he had the saucers go past his Sea Fury plane at supersonic speed.

Navy authorities last night would not comment on the reports which they said was top secret but they said the incident occurred three months ago. Pressmen heard of the report while visiting the Nowra Fleet Air Arm station yesterday with the minister of the Navy, Mr. Francis. The pilot report said he was flying over Goulburn at 15,000' feet when he saw two lighted objects flash past. He said they easily passed his sea Fury fighter which was capable of flying 450 to 500 miles per hour.

The pilot reported the incident to Nowra radar officers about 9:30 p.m. The screen showed three objects at his position, his Sea Fury and two other flying objects. radar officers were unable to identify the two other objects. A later check showed no other planes were in the vicinity. The pilot said he saw the objects for only a few seconds before they disappeared. He told the interviewing senior officers that the objects, which were brightly lit, appeared to be spinning at fantastic speed.

Pilots last night would not discuss the report or reveal just what the pilot had seen. Unofficial sources said the pilot's report had gone to security section on the Navy, Army and Air Force. This was because of a standing order to all forces to be on the alert for unidentified flying objects. Authorities instituted the order after similar reports by other service and civil pilots in the past six months.

Several pilots have reported having seen unidentified objects flying at remarkable speeds past or above their own planes. Most of the objects have been sighted on the East coast between Brisbane and Melbourne. Navy pilots at Nowra and senior Navy men say they are puzzled by the report. The pilots many of them Korea veterans, discount the possibility that the tow objects could have been unauthorized aircraft. In talk among themselves they refer to the flying saucer incident, but because of its top secret classification, news of the incident has been kept from the public.

Last night the minister for the Navy, Mr. Francis, would not comment on the report. The secretary of the Navy Department, Mr. T. Hawkins, said he had never heard of this report or any other flying saucer report involving the navy. Mr. Hawkins added:

If there were any importance in this report I would certainly have heard about it. This is new to me.I will make inquires tomorrow.

Thursday, The minister for the Navy, Mr. Francis, tonight confirmed that an R.A.N airman had seen two unidentified objects on his radar. The Nowra air base had also picked up the objects on their radar, he said.

Mr.Francis said that R.A.A.F Headquarters were investigating the incident.

He said: On a cross country flight from the Naval Air station at Nowra on August 31, a pilot in an aircraft at 13,000 feet' observed two vague shapes underneath. The lights passed ahead of him at very fast speed. The pilot was flying at 220 knots at the time.

The pilot immediately contacted Nowra and advised them.

They confirmed his report on their radar screens. The report was passed by Naval Intelligence to R.A.A.F. Intelligence in accordance with reports of this nature. These reports are colated and examined by R.A.A.F headquarters.

A message last night from Washington quoted a statement by president Eisenhower on flying Saucers.

Mr. Eisenhower said that: A U.S Air Force official had told him that the Saucers did not come from outer space. He did not say whether he thought flying Saucers existed.