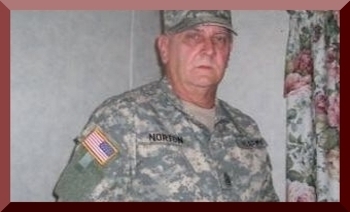 Way back in September 1977, during the Joint Attack Weapons Systems Test (JAWS) at Fort Benning Georgia, the entire base witnessed what appeared to be a UFO invasion. As much as 1300 troops were involved in this incredible event. Most were left with severe psychological trauma and missing time gaps.

Command Sergeant Major James Norton, who is now stationed at Fort McClellan, AL. He was a buck sergeant (E-5) at the time when he witnessed an eerie encounter with UFOs and the military on September 14, 1977. He was sent to the range just a little before midnight, along with around 1200 to 1300 troops to perform live fire with their new weapons systems. The Secretary of the Army at the time was actually at the range too!

Command Sergeant Major James Norton remembers clearly when they started the live fire training when all of a sudden there were large orbs way up high in the night sky above them. The next thing he witnessed was what appeared to be lasers crisscrossing through the night sky. The command of cease fire, was heard shouted out towards the troops, because there was something down range. Military helicopters appeared suddenly out of nowhere. Explosions were then heard, complete madness had broken out around him. Orbs in the night sky were changing a variety of different colors, a lot like the kind of Orbs that are being seen around the world today. Then a triangle shaped UFO showed up. The soldiers around Norton were in complete shock and awe at this spectacle that was now suddenly in front of them.

After this incredible incident, many soldiers became very ill. Every soldier who witnessed this crazy event was briefed that if they were to EVER disclose any information reference the night of these bizarre events, they would be court martialled immediately, and sent to Leavenworth.

When Norton eventually obtained his medical records it disclosed that his illness was of unknown origin, his temperature was 104°, he was placed in a steel tub of iced water for 2 days, to help bring his temperature down. Norton had a memory lapse or as we know it in UFO Speak, it is also called missing time. He could not remember how he was on the range and then later found himself alone in the woods. There was an awful lot of time disorientation. During a hypnosis session, he learned that he was actually abducted and taken aboard an unknown craft. Medical experiments were conducted and samples were taken from his body.

After the incident two jets came in that appeared to be white washed, no numbers or identification were on the jets. The jets were there purely to collect UFO crash site debris.

Norton picked up a metallic piece from the crash site that had/has strange hieroglyphics on it. This metallic piece cannot be burned. A hacksaw will not cut it either and if you bend it, it will just go back to its original shape. Norton has this metallic piece apparently buried at his property. He is now willing and ready to show this evidence to some credible UFOlogists and to the media. Norton claims he has a 100% proof of UFOs being real, with this solid piece of evidence that he held onto since the incident itself.

The helicopters that were shot down during the incident, were never actually ever reported to the FAA. He was also burned from a mysterious red substance from this incident.

Norton is now stationed at Fort McClellan, Alabama and describes how they experiment with biological and chemical substances on this base and that something else is going on there. There is UFO activity at this base, it seems that our military is test flying UFOs all over the base.

Norton even has some incredible night vision footage of all of the UFOs in their different colors taken on the base. He also has footage of a UFO going from one horizon to another horizon in only about a mere 2 seconds. He has video footage of a triangle shaped UFO that hovers over the base, no sound being emitted from it. He has all of this video footage for any credible UFOlogist to review, of which he now ready to share with the right people.

When people of an official rank like senior ranking Military Personnel, Astronauts etc, talk seriously about UFO’s and Aliens it’s important that the people of this world listen up to what they have got to say.