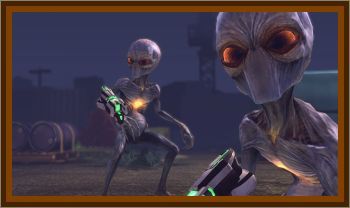 A night watchman at the Central Electric Station of Sao Paulo claimed that at 1:00 a.m. on an October morning, as is often the case, the press did not give the exact date, he was attacked by unusual creatures.

He said he had just signed in to work when he noticed a light shining above the building, so he went outside to see where it was coming from. He saw a man’s face at a distance and ran toward it. The morning was very dark so he could only make out that the man’s head had a covering of some kind.

The watchman had an iron bar in his hand and he aimed a couple of blows toward the man’s head, but the man dodged both of them quite agilely, then grabbed the watchman by the arm and threw him down. The two rolled about on the ground, whereupon the stranger was joined by another man, then still another, and the watchman was overcome.

He noticed that one of the men was dressed in yellow clothing and he tapped the watchman on the back, uttering unintelligible words. The watchman called to other workers, whereupon the three strangers got into a small vehicle which resembled a Volkswagen station wagon in size and it flew off into the air over the offices of the electrical complex.

The watchman described the men as being about his own height, one wearing dark trousers and polo shirt, with his face covered. The one who had been on top of the small building who first caught his attention, had worn light colored clothes which he thought were yellow and resembled overalls. The third wore dark clothing.

The vehicle, he said, was unlit and of a grayish color. The watchman’s experience was reported to police who were impressed by the similarity between what he saw and the incident involving another encounter with UFO entities at Lins. A representative of the President of Brazil was sent to interview the watchman.

Authorities at first thought that terrorists might have been involved in the incident, but after the questioning was over, they were forced to discard the idea.