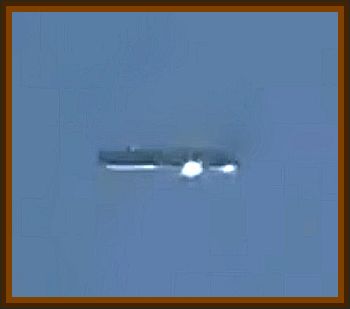 25 members of a flying club, including George F. Floate, a chief aerial engineer, along with his two assistants, observed a swirly white cloud that appeared in the sky from north to south about 700' in length approximately 4,000' high near the Delhi Flying Club hanger.

The cloud increased in length and at the end of it a bullet shaped object appeared approximately 100' long and as big around as a C-47 fuselage. The witnesses shouted out and 17 to 20 people rushed out of the hanger and saw the object. The object headed south for about 3 minutes where it made an apparent loop coming back over the field.

At the top of the loop it was out of sight but came into sight again in its dive. The object, after recovering straight and level flight proceeded to the southwest until out of sight.

The speed of the object was estimated to be three times greater than cruising speed of a British Vampire jet. The total time the object was observed was approximately seven minutes. Project Blue Book evaluated this sighting as an Unidentified.