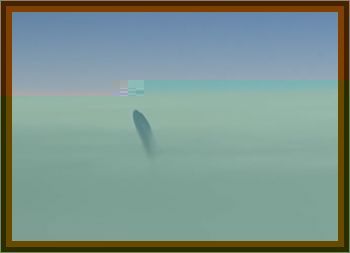 I was on an American Airlines flight from Springfield, MO to Tulsa, OK when the pilot announced that passengers on the right side of the aisle could look out and observe an unidentified craft flying parallel to us at the same altitude.

I was seated at a window on that side and had a good look at the object.

The pilot further said that attempts to make contact with the object were unsuccessful but that Tulsa airport radar had verified the presence of the object.

After about 5 minutes, the object moved away quickly away from us, staying at the same altitude. It did not rotate to show another shape but appeared to be moving sideways. There was a single row of white or yellow lights from end to end of the object, halfway from top to bottom.

The sky was at dusk with the end of sunset taking place about the same time.