We are Dealing with Something Very Real 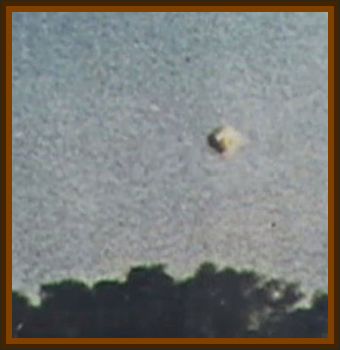 The craft was observed from the control tower of Nellis AFB by this writer and an assistant control operator and and base operations officer.

The operations officer came up to the tower stating that his office had been flooded with calls from Las Vegas, 10 miles south of Nellis, telling him that a strange object was buzzing the city.

He asked what aircraft were in the air. We replied that all aircraft were on the ground, except for a F86 fighter jet that was inbound from March AFB, Riverside, CA that was due in in about 45 mins.

All eyes were trained towards Las Vegas with binoculars and saw nothing, but shortly, coming around Sunrise Mountain, which is a 5,000' mountain located 5 miles East of the field, was a very silvery disk shaped aircraft about 500' above the ground trailing a vapor trail.

We were all in awe, especially the vapor trail at that low altitude in the dry desert air and the craft was mirroring the orange sun, which was setting in the West. The craft stopped and hovered at the end of the East/West runway about a mile from the tower at about 200' and remained there for about 20 minutes.

There is no other way to describe this object other than a very shiny disk with no other chararistics like windows, doors, antennae.

Following the period of time that it hovered at the end of the runway, it started moving again, trailing vapor again and passed over the highway West of the field. It made 3 circles and a circular ring of vapor and hovered again about 2 miles West and the vapor dissipated.

The Sun now set behind the Sheep Mountains and the craft was no longer mirroring the setting Sun, now looking like an ominous dark object. The incoming F86 was ordered to expedite and investigate the object.

He descended at very high speed and approached the area. He excitedly radioed that he sees the object and locked in on it but it dissappeared very quickly.

The personel in the tower also observed the craft disappear.