This May Be The Earliest UFO Sighting In The U.S. 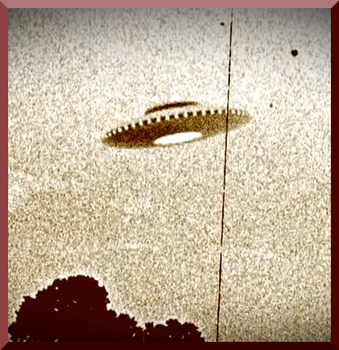 My 94 year old grandmother, described to me an encounter that occured in Nebraska in about 1943.

She was driving in her car with her husband, my grandfather, a pilot and member of the barnstormers group The Victory Flyers, now deceased.

They both saw a large glowing gold saucer that followed them for several miles in broad daylight before speeding away at a rate of speed never heard of or seen by either of them before.

My grandfather who was familiar with all flying machines known at that time told to never mention this to anyone even family, as they would undoubtably be considered crazy.

She finally told me of this sighting in 1980. It was passed on to the resurrected Project Blue Book based in Arkansas at the time but there was never any follow up.

This may be the earliest sighting in the U.S.

My grandmother is still very sharp and able to give details of the sighting if anyone is interested in taking a report. She should be contacted since at 94 she may not be with us forever.