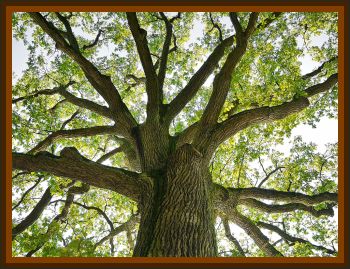 First, I must apologize for any lack of exact location/time.

This incident happened to my father and his friend when they were about 11 years old, and the exact year isn't remembered.

I submit this information because I've studied UFO reports my entire life and have yet to hear about an object quite like this one.

My father and his friend were busy on a summer afternoon, building a club house when they began to hear a strange sound.

My father describes it as sounding remarkably like a metal object striking a ½ full aluminum can, only much louder, he tried several times to recreate the sound, at last using a fork against a ½ full can, which he said was very close to it.

It would strike 4 times, then pause for a moment before doing it again. Naturally they looked around to see what it was.

They saw, only a few feet above the trees, a 20' to 25' cylinder, slightly rounded on both ends, of a dull silver color. It had what looked like helicopter skids on the bottom, and between them, on the belly, a strange series of symbols or writing, at his angle, he could only see part of it, it reminded him of chinese lettering.

At the rear was a blue light or flame, very bright. Protruding from the bottom of the object was a silverish, bent tube.

As they watched, the object floated, very slowly, from tree top to tree top. At each tree, it would stop and the tube on the bottom would touch the leaves, he said it looked as if it were sniffing them in a way. After a moment of this, it would move on to the next tree, all the while making the metallic clanking sounds.

They watched it do this for a few minutes. It eventually turned and left only a slightly faster speed than before. It was soon hidden from sight by trees. They both ran home, frightened.

This incident fascinated my father and soon UFOs became a life long hobby, which he passed on to me. I Have never known him to lie, invent tales, or even exaggerate. In fact he laments that he hasn't seen anything like it since. But the object remains clearly in his mind.

I have been trying to track down the other witness, but since this happened 50 years ago it hasn't been easy.