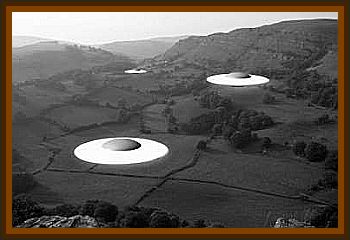 Two motor machinists, Chief Robert L Jackson & Chief William Baker, both Navy Petty Officers, were at the Naval Air Station when they observed three saucer shaped objects twice the size of Navy aircraft, gleaming in the sun like aluminum, about 20 miles west of the station, over the Pacific Ocean.

The officers said the objects were flying about 400 mph, came in from the west and circled, then flew back over the Pacific.

They were about half way from the horizon, Jackson said. They appeared to be round as saucers and were flying fairly close together in formation.

The wire service accounts of this report did not say whether a report had been made out to Navy officials.