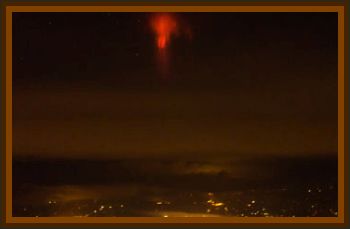 In this year, one James Everell, a sober, discreet man, and 2 others, saw a great light in the night at Muddy River. When it stood still, it flamed up, and was about 3 yards square, when it ran, it was contracted into the figure of a swine.

It ran as swift as an arrow towards Charlton, and so up and down about 2 or 3 hours.

They came down in their lighter about a mile, and, when it was over, they found themselves carried quite back against the tide to the place they came from.

Divers other credible persons and saw the same light, after, about the same place.