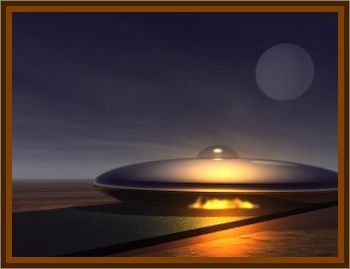 In a report datelined Terrace, some details of an event which is said to have occurred on April 21, 1976.

Bill Toffan, the 21 year old Terrace RCMP constable who said he had a near crash last Wednesday after sighting an unidentified flying object while on highway patrol, has been ordered by his superiors not to comment on the incident.

Toffan says he would be putting his job on the line if he said anything further, but his superior says there is nothing out of the ordinary in the order.

RCMP subdivision head, Edward Trefry, denied there is any police cover-up of the incident.

We're not trying to hide anything It's simply policy which has been laid down throughout this subdivision that all press releases are made by senior personnel at each detachment instead of by the individual officer.

Inspector Trefry said in an interview from Prince Rupert:

This is to avoid confusion and there are no exceptions to the rule. he said.

According to a press release made last week by Staff Sgt. Murray Morrison, commanding officer of the Terrace detachment:

Toffan saw a vehicle with its lights flashing ahead of him on Highway 16 about 60 miles east of Prince Rupert. However, when he drew closer, he discovered it was not on the road, but was flying. As Toffan drew abreast of the air borne object there was a blinding flash. He was so startled he nearly lost control of his car. He stopped and investigated the area on foot but found nothing.

Immediately after the sighting, Toffan dropped out of sight, on four days, prearranged leave, according to Morrison.

Morrison told a reporter Friday that police further checked the area in daylight but found nothing to assist them in identifying what Toffan saw.

As far as We're concerned, the matter is now closed, Morrison said then. He was unavailable for comment today.

The earlier theory of a Light aircraft in trouble has been discounted by the rescue co-ordination center in Victoria.