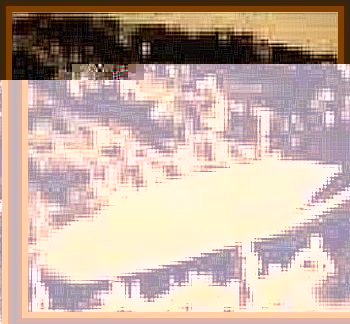 An expert on chemicals and explosives told reporters yesterday he had seen the wreckage of an ultra streamlined flying saucer on a Mexico City mountainside, and that top U.S. officials have viewed it.

But there was no confirmation of the account, related by Ray L. Dimmick sales manger of of the Apache Powder Co., and the Air Force in Washington said it had heard nothing about it.

Dimmick later told newsmen he had seen only a strip of metal which he was told came from the space ship.

The remainder of his information Dimmick said, came from 2 businessmen in Mexico City, one an American, the other a Chilean. Dimmick declined to name them, said he would divulge that information if requested by the proper authorities.

Part of the information he said, was that a man 23" tall, the pilot of the plane, died in the crash and that his body had been embalmed for scientific study.

It was an exquisite piece of machinery, Dimmick told the first interviewers. He then described it in detail, saying it was 48' in diameter, built of a metal resembling aluminum, but much harder, and was powered by 2 motors.

He was then taken to the scene of the crash by associates and that the wreckage was roped off. The crash occurred 3 months ago he said.

Dimmick said later that the piece of metal he saw was actually 8' long, 8" wide, and ¾" thick.

Reminded that the Air Force announced last December it was dropping its investigation of Flying Saucers because of preponderance of evidence that they do not exist, Dimmick said:

I’m big enough to take the consequences of what I said and stand my ground.

He said he has reports of that similar objects landed in various parts of North America in the last year, but governments have clamped veils of secrecy about their investigations.