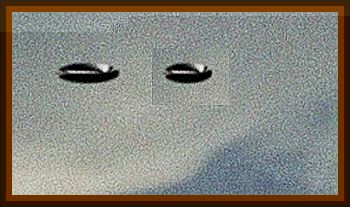 I want to know if there was detected any unusual activity over Norway in Olso and Ostfold Provinse last night. I don’t know who to ask about this so I try you.

They just plunged through the few clouds that were there. They made no engine sound and I’m sure as heck it was no plane. They had a silvery glow about them and like electromagnetic pulsing around them making a humming noise. They were at first just floating around at a nice speed, and then when they came a little farther they took up in speed and went to the right and just gone. It made no noise and was traveling at a slow rate of speed at first. As it traveled through the air, it made a spinning pulsing motion like electric current was surrounding it.

After it disappeared in the night, I saw it reappear several seconds later, ascending at an even faster speed than when I first observed it. Round oval shaped, slightly brighter than the surrounding it was in, then it moved rapidly and soundlessly away. I saw what I saw and I assure you this was no plane. A oval disk shaped, luminous and seemingly made a slight humming sound of electro pulsing around it.

I haven’t slept all night and if you have answers please tell me what was this.