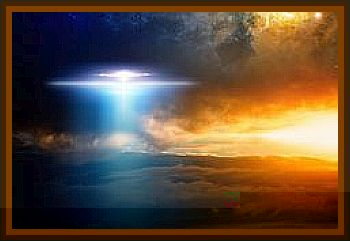 Mrs. Moreland saw a sharply outlined saucer shaped object with two extremely bright sources of green light on the underside. The object was approximately 20' to 30' wide and hovered at roof top level, about 15'above the ground. Inside a transparent dome, she said, there were two men, dressed in fairly close fitting suits of shiny material. Mrs. Moreland, a busy housewife with five children, was helping her husband tend their small nine acre farm as well as working part time as a nurse's aid at Lister Hospital, in Blenheim, at the time her sighting occurred, the time was 5:50 a.m.

It was dark with a low cloud cover when Mrs. Moreland went to the barn to do the morning milking. She noticed a green glow in the overcast and was half way across the paddock when she saw two large green lights emerge from the clouds and descend rapidly toward the ground, in her direction. I noticed that I was bathed in green light, and that all the paddock was green, too, she reported. In her written statement to the local police, she said that it was so bright she could not see her own flashlight in the green glare. It was a horrid sort of color. My first thought was, I shouldn't be here, so I made a dive for the trees on the other side of the paddock. In the protection of the trees, Mrs. Moreland then saw the sharply outlined saucer shaped object with two extremely bright sources of green light on the underside. The light from these sources beamed out over an area of 50 yards. Two rows of jets around the center of the object shot out orange colored flame, and appeared to revolve in opposite directions. The object was approximately 20' to 30' wide and hovered at roof top level, about 15' above the ground. The jets stopped, she said, and a light was switched on in what appeared to be a perspex or glass roof or dome, which glowed.

She said the bottom appeared to be of a grayish, metallic color. There was a faint hum as the object hovered and the air became very warm. Inside the transparent dome, she said, there were two men, dressed in fairly close fitting suits of shiny material. She compared the material to aluminum foil. She said the occupants wore opaque helmets that rose straight from their shoulders. They seemed to be of normal size. She noted that one of the occupants never moved. I could not see their faces, one of the men stood up and put two hands out in front of him, as if leaning over to look downwards.

After a minute or two, the jets started off again and, tilting slightly at first, the thing shot up vertically at great speed and disappeared into the clouds. When it did this, it made a soft but high pitched sound. She reported that a peculiar smell, somewhat similar to pepper, lingered in the air as the object departed. She remained in the trees for several minutes, not knowing exactly what to do, and finally went on with her milking but was so disturbed by what she had seen that, at 7:00 a.m., she went back into the house and told her husband what had happened.

Mr. Moreland, employed by the Royal New Zealand Air Force, suggested that she call the police, which she did. An official enquiry began which included an investigation by the RNZAF. Mrs. Moreland's report was given wide coverage in the press and some time later it was learned that about an hour before her sighting, a Blenheim man named Holdaway had seen a white orange object through his window. Many people subsequently interviewed the witness, who impressed them with her straightforward account of what she had seen. NICAP has a copy of the her first hand, signed report of the incident. Dr. James E. McDonald, during a trip to Australia & New Zealand in 1967, had the opportunity to interview her as well, and he told NICAP that he had been quite favorably impressed.